The Brazil internationals are neither in or out of Pep’s plans, with the pair already in Belgium prior to a meeting with Club Brugge

Pep Guardiola is yet to rule Ederson and Gabriel Jesus in or out of his plans for Manchester City’s Champions League clash with Club Brugge on Tuesday, but a couple of Brazil internationals are already in Belgium.

On the back of World Cup qualifying duty with their country, two South American stars were advised against returning to England where they would be forced to quarantine for 10 days.

They were instead told to report early for continental competition, with Guardiola and the rest of the Sky Blues squad set to jet out and join them on Monday evening. 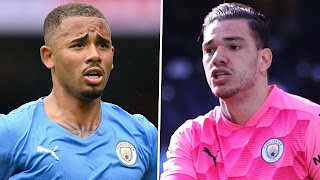