Gunmen suspected to be members of the outlawed Indigenous People of Biafra (IPOB) have killed Prof I.O. Gunmen suspected to be members of the outlawed Indigenous People of Biafra (IPOB) have killed Prof I.O. Onyemelukwe. The now late professor of Economics is said to be the father of Dr Cheluchi Onyemelukwe, winner of the Nigeria prize for Literature, 2021, with prize sum of $100,000. DAILY POST had on Friday morning reported a Thursday night attack by gunmen in Oko, Orumba South Local Government Area, where they blocked vehicles coming from Umunze, Ufuma, into Oko. Sources said the gunmen killed an unidentified old man in the less than one hour operation, while abducting two men who were said to have been unable to answer questions about the self-determination struggle of the IPOB. But a social media user, who simply goes by the name Onyi, has identified the slain man as Prof Onyemelukwe. Onyii in a post said: â€œSouth East is indeed going down. Just lost my Godfather to the hands of the marauding killers devastating the Southeast environment. â€œAn 88 year old man, first class brain, Prof I.O. Onyemelukwe. He was the former permanent secretary in the old Anambra State. Later a Professor of Economics at UNIZIK. â€œHe studied Economics with OAU scholarship at Adis Ababa, Ethiopia at the age of 22. He is the father of Dr Cheluchi Onyemelukwe that won LNG $100,000 literature prize last year.â€ Onyii explained that: â€œHe was returning to Nanka from Enugu with his wife and decided to follow Oji, Ufuma, Amaokpala, Oko axis instead going through Awka when he was attacked by the hoodlums. He is the cousin of the former Bishop on the Niger, Bishop J.A. Onyemelukwe. â€œMay his soul rest in peace. Amen!â€ His daughter, Dr Cheluchi Onyemelukwe, winner of the 2021 NLNG Prize for Literature with the novel â€˜The Son Of The Houseâ€™, had in January been named one of the Canadian Black Writers to look out for in the future. Attempt by our correspondent to reach the spokesperson of the Anambra State Police command, DSP Toochukwu Ikenga for confirmation of the identity of the slain man was not successful as his phone remained unreachable.

Coronavirus out of control as new variant emerges in China 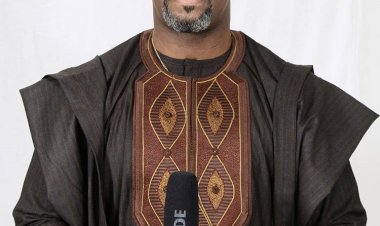