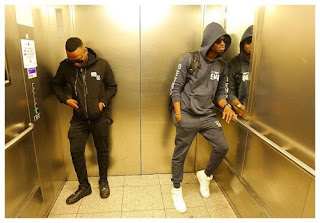 It is no secret that Rich Mavoko disappeared after leaving WCB owned by Diamond Platnumz. Rumor has it that he was forced to sell almost all his belongings in order to buy his freedom from the music label; that also saw Harmonize pay Ksh 22 million in order to get full rights to his YouTube channel.

According to the stories circulating on social media; Rich Mavoko was not lucky enough as he failed to raise the money needed by Wasafi records despite selling everything he owned. From his home, car, parents’ home, land and to make the matters worse; WCB is now in charge of his YouTube channel.

Anyway after maintaining his silence for long; Harmonize has come out to talk about Rich Mavoko’s situation as he addressed his former boss indirectly. In his Harmonize questioned whether these people (Dangote) have sympathy for all the families Rich Mavoko was supporting through his music; how do they eat or even survive now that the singer is jobless.

How Many Families Are Behind @richmavoko .. ?? And They Depend on Him For The Most Real Thing Of Getting A Bread Of The VP Daily.

Harmonize who was very good friends with Mavoko went on to put Diamond Platnumz, and his family on the spot like never before. For the first time, Konde boy openly asked whether money and power had clouded ‘these’ people’s minds to a point of not seeing the pain of others – and in this case Rich Mavoko.

How Many Fantasy Artists Who Depend on Achieving That Dream Through Costumes .. ?? And Behind The Artists, There Is Another FamilyAlso .. ?? Do You Feel The Pain Of His Parents Exactly The Parent Who Comes Yes Like His Spirit… !!! Don’t Ask How Many Painful Statements He Gets That Can Find Everyone Who Delights in This Purpose .. ???

Although the Konde Gang CEO paid off his debt; hopefully, understand the sacrifices her made just to get away from Naseeb and his alleged wicked mother.

Anyway while still addressing Mavoko’s case Harmonize reminded Diamond Platnumz about carrying a curse caused by the tears of those depending on Mavoko i.e his parents. Konde boy wrote;

Your Parent’s Managing Is Yours Also His Curse Can’t Fail To Find You… !! The Ultimate Turn to a Partner Who Enjoys And Makes This A Good News For Him To Walk A Chest Forwards And Even To Write Online For Happiness MAVOCO AGAIN Ask How Much Does He Benefit … ???

In conclusion, Harmonize shared a special message directed to Rich Mavoko. He encouraged the singer by reminding him everything that has been happening has an explanation. Harmonize shared;

God Cares And What It Means Bro @richimavoco As A Minor I Pray For You I Know Your Silence Means Great Art Within You I Know Is Setting Them Right And Brings Us Other Jobs We Love You And We Pray For God To Make You Quick … !!! Rather Go Bro Your Little Friend Is Here Anytime… !!!! RAMADAN KAREEM