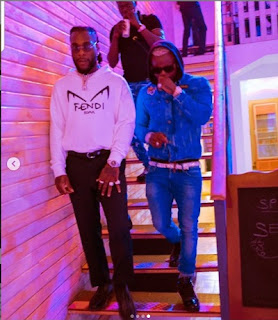 Bongo star, Harmonize got nominated for the highly contested MTV EMA 2019 awards but lost it to Nigeria´s Burna Boy.

The two music stars got nominated under the category of Best African Act at the awards.

However, only one could emerge the winner as Burna Boy scooped two awards at the event that went down in Spain.

Konde Boy attended the event and commended Burna Boy for his performance at the awards.

An award that graced some of the best African artists inclusive of acts like Nasty C, Teni, Toofan and Prince Kaybee.

However, back home, fans were not pleased that Konde did not bag the award because according to them, he had channeled good enough backing.

But Harmonize did not shed tears for losing the contest. Rather, appreciated his fellow artist, Burna Boy with a congratulatory message that read: 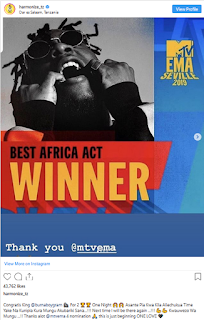