It’s been a season of mixed fortunes, and little action for Kaizer Chiefs and Bafana Bafana left-back Sibusiso Mabiliso.

After the likes of Yagan Sasman, Siphosakhe Ntiya-Ntiya and Happy Mashiane failed to grab their chances at left-back, Amakhosi went out in the off-season and bought two new left-sided full-backs – Mabiliso and Sifiso Hlanti, from AmaZulu and Swallows FC, respectively.

It was a dream come true for Mabiliso to join South Africa’s biggest club, and not long after that, he must have been pinching himself when he was also called up by new Bafana Bafana coach Hugo Broos for the opening couple of World Cup qualifiers. 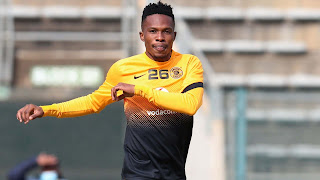