Skip to content
The Belgian winger says “it wasn’t my intention” to offend Blancos supporters with his interaction with his ex-teammates at Stamford Bridge
Eden Hazard has issued an apology for laughing with Chelsea players on the pitch following Real Madrid’s Champions League exit.
Madrid crashed out of Europe’s elite competition after losing the second leg of their semi-final tie 2-0 at Stamford Bridge on Tuesday night, with Timo Werner and Kai Havertz grabbing the goals for the hosts.
Hazard didn’t seem particularly bothered by the final result, though, as he was seen joking with Chelsea duo Kurt Zouma and Edouard Mendy as the players left the pitch, with the Spanish press subsequently singling him out for criticism. 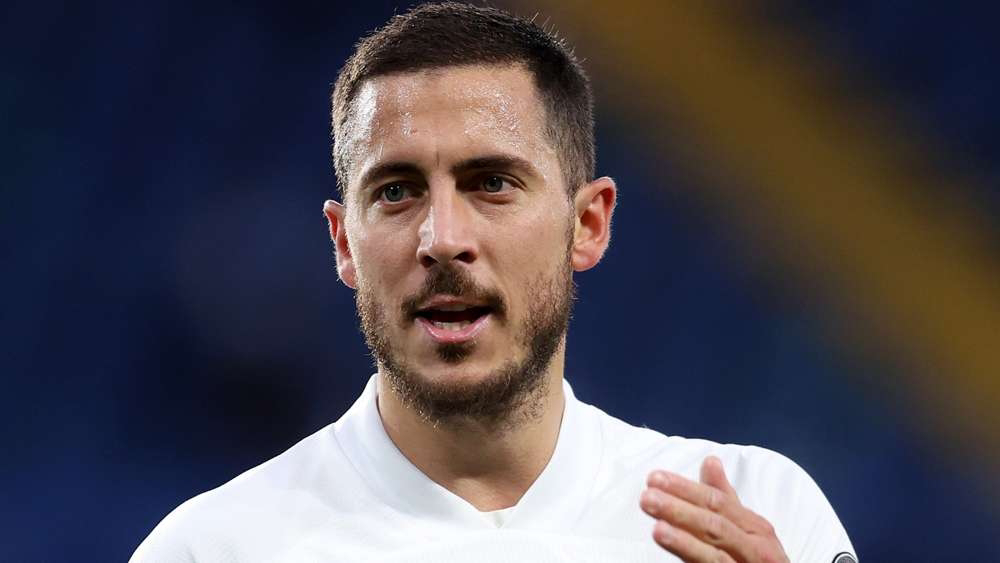