He is our player, weâ€™ll protect him â€“ Thomas Tuchel recalls Lukaku to Chelsea squad

Chelsea boss, Thomas Tuchel has recalled Romelu Lukaku to his squad. Tuchel confirmed that the Belgium international has been restored to the squad ahead of their Carabao Cup semi-final first leg against Tottenham. Chelsea boss, Thomas Tuchel has recalled Romelu Lukaku to his squad. Tuchel confirmed that the Belgium international has been restored to the squad ahead of their Carabao Cup semi-final first leg against Tottenham. This was after the striker apologized for an interview he gave to Sky Italia which saw him being left out of the Blues squad against Liverpool on Sunday. â€œFirst of all, we were happy that we took the time needed to talk calmly about it. This is what we did. He apologized and he is back in the squad,â€ Tuchel told the press ahead of the Carabao Cup clash. â€œIt was clear for us to understand that he did not do this intentionally. Also, this is the very first time that he behaved like this. â€œThere was never a slightest behaviour against the team. This was the first time we felt him this way.â€™ â€œItâ€™s not as big as people want it to be, as maybe you â€“ the media â€“ want it to be. â€œAt the same time itâ€™s not small and itâ€™s enough to accept an apology. â€œHe is aware of what happened and he created and feels the responsibility to clean the mess up but there may still be a smell of course. We are happy that he is our player and we will protect him. â€œIf someone strongly disagrees, this is about the team with everything we do. â€œI never, before the interview, had the slightest doubt that he was not committed. He is an emotional guy, he does not hold back with his opinion. We should not just blame him and point on the negative side of it, we have to adapt. â€œIt created some noise that you donâ€™t want but there are zero doubts in his commitment to the team.â€ 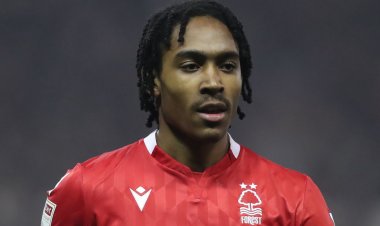