Skip to content
The Belgium goalkeeper went out of his way to call out Manchester United’s striker in an interview
Thibaut Courtois has questioned whether Manchester United forward Anthony Martial should be considered a star player in an interview conducted by Belgium team-mate Jan Vertonghen.
Courtois had been asked to name all of the important European players left out of Euro squads and could only pick out centre-back Sergio Ramos. When Vertonghen included Martial as he rattled off answers Courtois could have given, the goalkeeper scoffed and suggested that Martial shouldn’t have been mentioned.
Courtois and Martial used to be Premier League rivals when Courtois played for Chelsea. 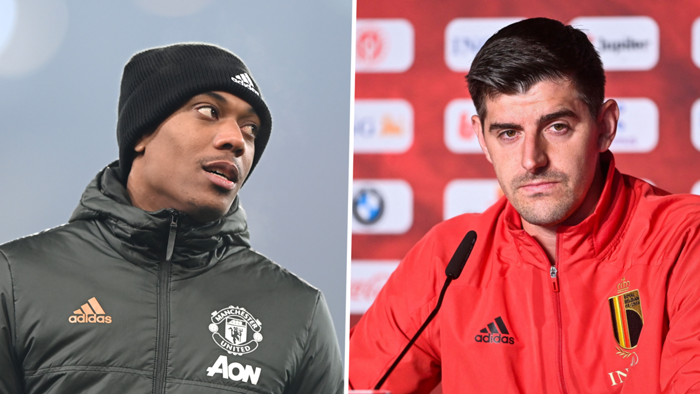