The Premier League encounter between Watford and Newcastle United at Vicarage Road on September 25 sees more spotlight than usual shone on the man in the middle.

Ordinarily, referees do their best not to become the story, but when he takes to the pitch for the game between the Hornets and the Magpies, Jarred Gillett won’t be able to avoid it.

So who is he and how is he making Premier League history? Goal brings you everything you need to know. 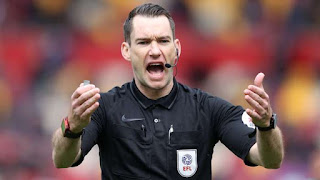