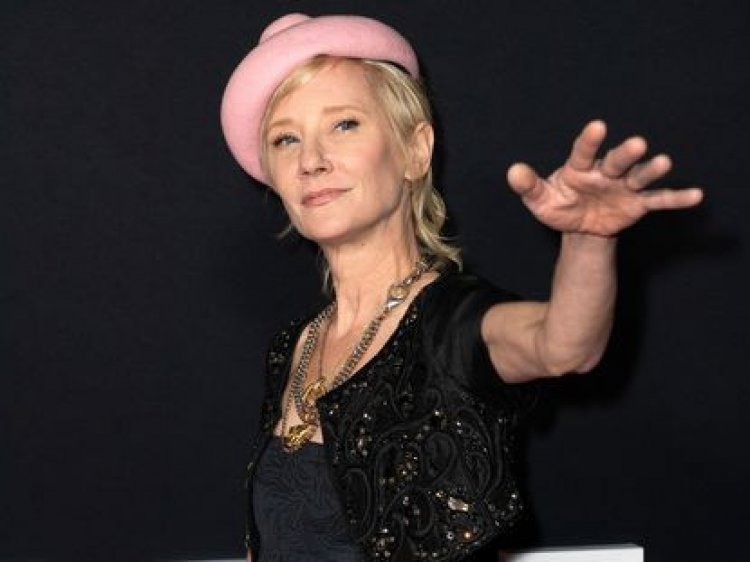 Hollywood Actress, Anne Heche is "unconscious" and in "critical condition" after she was involved in a fiery car crash on Friday August 5, her representative has revealed.

"Despite previous reports that Heche was stable, shortly after the accident, Anne Heche became unconscious, slipping into a coma and is in critical condition," her representative said.

"She has a significant pulmonary injury requiring mechanical ventilation and burns that require surgical intervention." , the Monday night statement read.

The Los Angeles Police Department had confirmed Saturday, August 6 that Heche, 53, was involved in a solo vehicle car crash and she was the driver.

Nearly 60 firefighters responded to extinguish the "stubborn flames within the heavily damaged structure," the department said.

There were no passengers in the car and no other injuries were reported. 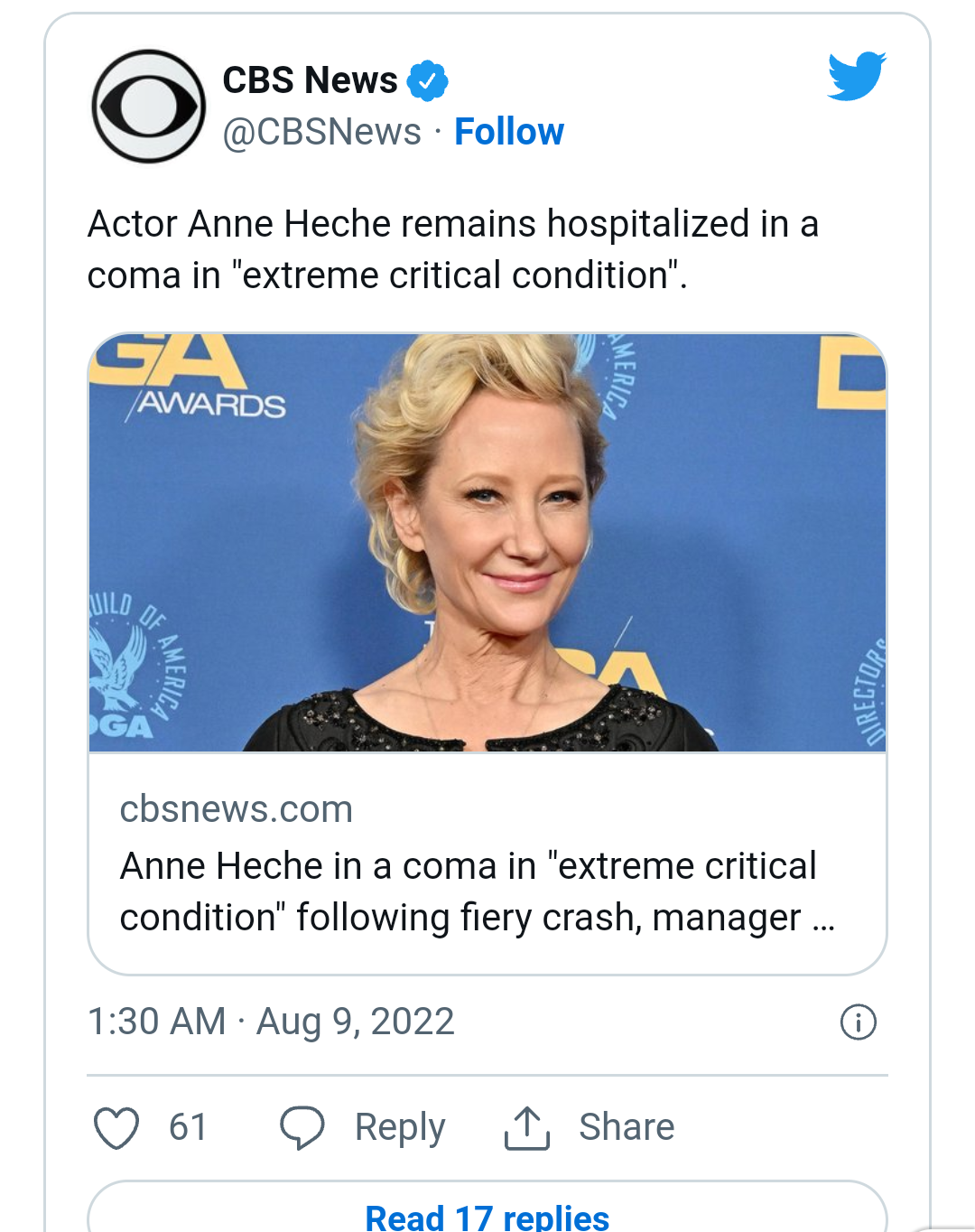 Heche is currently under investigation for Driving under the influence and hit and run, according to LAPD Officer Annie Hernandez.

"Investigators obtained a warrant for a blood draw on the day of the incident. They are still awaiting those result. Once the investigation is complete, the case will be referred to the LA City Attorney's office" Officer Hernandez said.

Authorities are also investigating an alleged misdemeanor hit-and-run incident before the fiery crash.

Shawn Holley, the attorney for Lynne Mishele, the woman who was in the house at the time of the crash, issued a statement Monday, saying, "Ms. Mishele is devastated by what happened to her on Friday -- not only because she and her pets almost lost their lives, but because all of her property, including items of profound sentimental value, were destroyed. She asks for privacy at this incredibly difficult time."

Heche is known for films such as "Donnie Brasco" and "Six Days, Seven Nights" and the TV shows "Save Me" and "The Brave." In 2020, she was a contestant on "Dancing with the Stars."

She was nominated for Tony Awards for the 2004 production of "Twentieth Century."

'Off the pitch, Manchester United icon, Ryan Giggs had ugly and sinister side that...

Why my father detained me â€“ Charlyboy reveals after return...

Davido shows off elevator that opens directly into his...