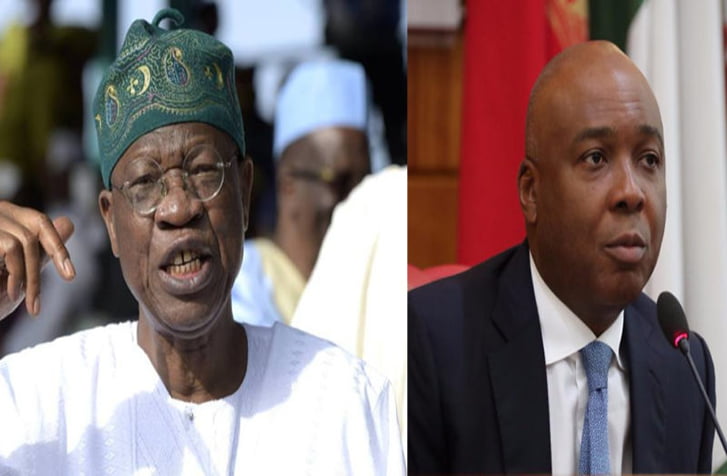 In a statement obtained by Naija News on Sunday, Okupe also revealed that Saraki contributed the highest donation towards the realization of Buhari’s ambition in 2015.

He added that other stakeholders in the coalition then, agreed that Saraki would be the Senate President if Buhari became victorious at the polls.

Read the statement below:

“Prior to the establishment of the President Muhammadu Buhari’s government, certain agreements were reached with principal stakeholders.

“Saraki was among the major stakeholders, being the single individual that raised the highest donation to the Buhari/All Progressives Congress campaign, far in excess of (what) Asiwaju (Bola) Tinubu or (Rotimi) Amaechi or anyone for that matter, (donated).

“Saraki was promised the post of Senate President and two ministerial slots.

“After May 29, 2015, President Muhammadu Buhari called Saraki and apologized that he could only have one ministerial slot instead of the two previously agreed.

“Saraki, most reluctantly, but in deference to the President, conceded.

“Shortly afterward, the President requested for another political favor from Saraki. This time, he wanted Saraki’s consent to use the remaining one ministerial slot allocated to him (Saraki) to appoint Lai Mohammed as a minister.

“This was a gruesome blow to Saraki who questioned why the President could not ask Asiwaju (Tinubu) to accommodate Lai Mohammed in his own slot.

“The President confirmed to Saraki that Asiwaju had blatantly refused to do so. A thoroughly perplexed Saraki could only plead with the president to allow him to go back home in Kwara State and find the best way to break this heart-shattering news to members of his political family.

“It was an unimaginable scenario. It took more than sagacity and political dexterity for the request of the President to be accepted but for the grace and very long lasting bonded relationship for the Saraki camp not to break up for this singular development.

“Lai Mohammed was summoned by the elders of the group, including Alhaji Kawu Baraje and former Governor Shaba Lafiaji and others.

“Lai Mohammed wept profusely, severally rolling on the bare floor and swearing on every sacred institution and object of faith.

“The elders told him point blank that they did not trust him but that they were doing this for God, the President, and interest of their leader, Bukola Saraki.

“Today, Lai Mohammed is the leader of a movement planning to unseat Saraki and destroy him politically.”