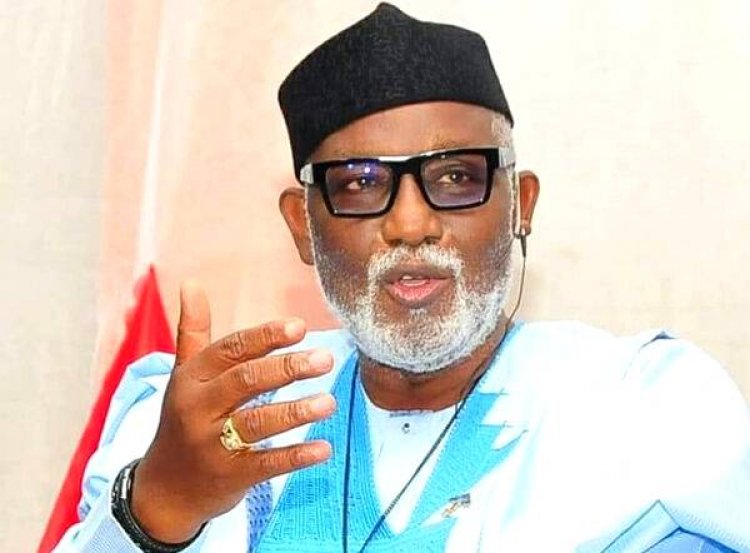 He pointedly said that human life was more important than protecting oil facilities.

“ The state security outfits  should be allowed to bear heavy arms to protect their people like the non-state actors engaged to protect the oil pipelines.

“Let me at this point correct the impression that a few people including some of my colleagues, governors, gave to my statement that I issued, when I said “Who Needs to be Armed?

They do not really understand my position and it’s unfortunate. And my position is very clear. If your oil facilities need to be secured, is it more important than the life of our people.

“If you can allow Government Tompolo to carry gun, then allow Amotekun to carry gun to protect the people. It’s not more than that. Human life is more important than your oil facilities.

You now permit people to carry sophisticated weapons because you want to protect your oil facilities and those who want to protect their people, you said they cannot carry arms. Tell them they are wrong and I am saying so. That’s my position.

“You have the Federal Government money to waste. Navy is there, Marine Police is there, you are not equipping them enough and you have money to give to other people. I do not have anything against it. That’s why in my own case I give money to Amotekun. It’s my choice.

However, the governor disclosed that his administration has made arrangement with a private organization to provide security for life and property in the oil producing communities because they are vulnerable to criminal attacks

Earlier, the chairman of the commission, Sam Erejuwa,  appreciated the governor for making funds available for the renovation of the office complex and the purchase of patrol vehicles as well as motorcycles.

Erejuwa added that within seven months, over 30 housing units have been completed while another 30 are also ongoing, promising to continue to support the governor as he is determined to develop and transform the OSOPADEC mandate areas.

Why I can’t accept chairmanship of PDP Gov Forum — Makinde

Your fighter jets will be used to collapse Nigeria â€“...