Actress Doris Ogala has announced that her marriage is still intact and her post about marriage was taken out of context.

After Sandra Iheuwa’s husband, Steve Thompson, announced that he and Sandra can no longer stay married after 5 months of marriage, Doris released a post on Instagram,  asking why people whose marriage end are mocked.

She said such mockery makes people stay in terrible marriages.

She has now returned to Instagram to say that a lot of people took her post to mean that she is no longer married.

She clarified that she is still married and hopes to remain that way. 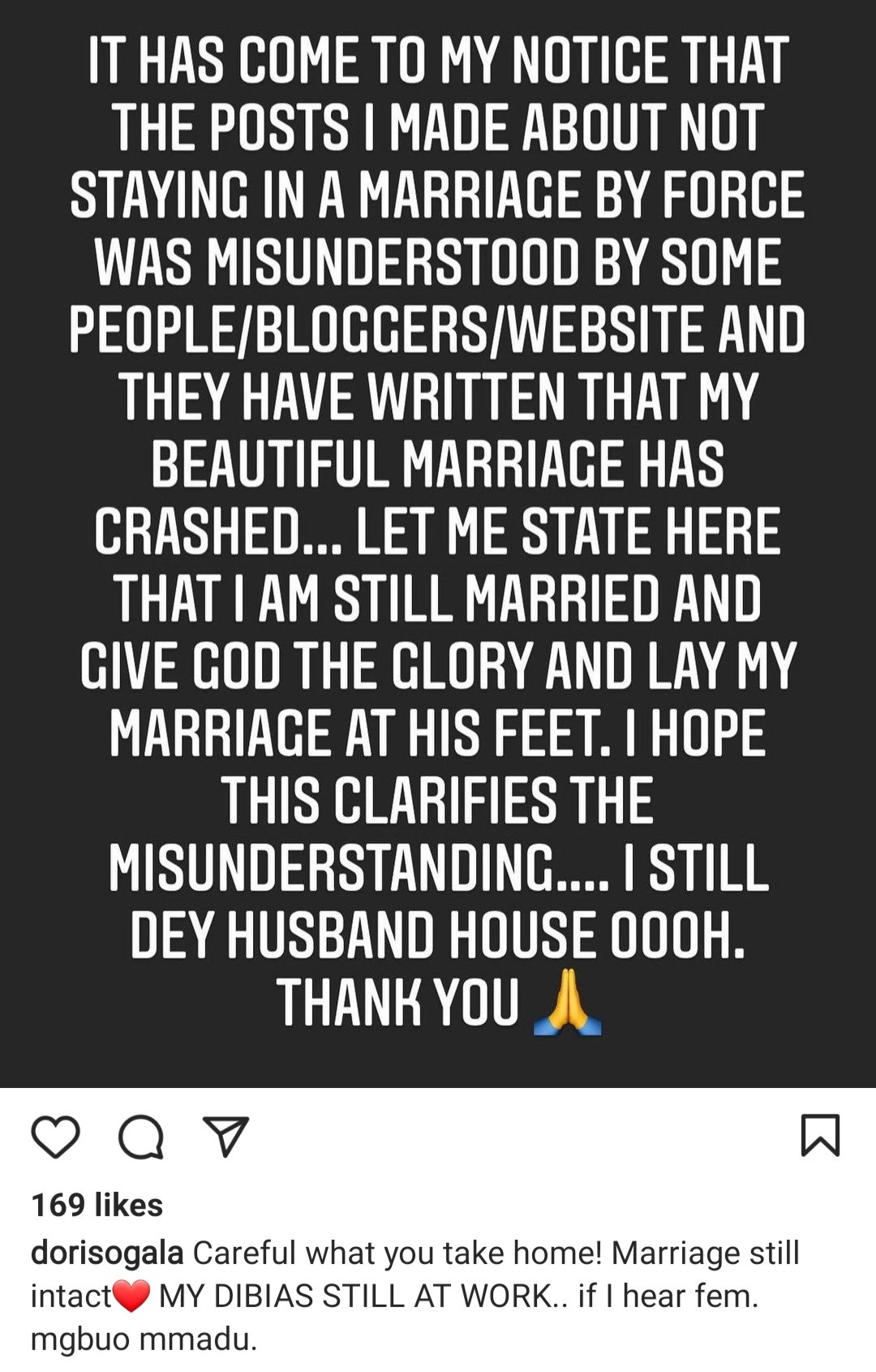