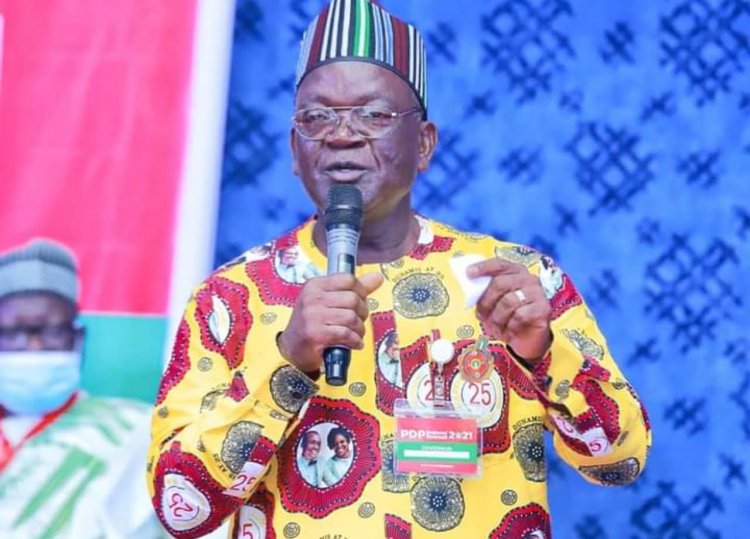 He made the disclosure Wednesday, May 4th, 2022 when stakeholders from the Kwande intermediate area paid him a solidarity visit at the Benue People’s House, Makurdi.

Orbunde had since decamped from the PDP to the All Progressives Congress, APC after losing out on the party’s governorship ticket bid due to the zoning arrangement, which favoured only aspirants from Vandeikya local government area.

The former Chief of Staff had claimed that the Governor betrayed him and reneged on his promise to make him the next Governor after the party zoned the governorship position to Vandeikya.

But Governor Ortom while receiving party leaders from Kwande intermediate area where Orbunde hails from, explained that he did not at any point promise to anoint his former Chief of Staff, Terwase Orbunde or any other aspirant as his successor.

“I never promised Orbunde or any of the aspirants that they will succeed me. I am not God to anoint anyone to be governor. That is why I have allowed the process to be followed diligently,” he explained.

The Governor also debunked the claims by the former Chief of Staff that in the course of his governorship campaigns, he borrowed the sum of N160 million from the sale of his (Orbunde) house in Abuja.

“Orbunde never gave me money during the governorship campaigns,” the Governor said.

He urged those close to Orbunde to pray for him to go back to complete the assignment he said God gave him.

Earlier in separate remarks, Elder Atsaga Anemba and Prof Nicholas Ada said the decision of the party to zone the Governorship seat out of Kwande was “fair and transparent” and the people in the area “remain committed to the decision.”

They said contrary to the propaganda in some section of the media that the aggrieved former Chief of Staff decamped with thousands of PDP members to the APC, he left empty-handed.

They assured the Governor of their unalloyed loyalty to the PDP.