Skip to content
The Gunners skipper played a crucial role in helping the team claim a vital win against rivals Tottenham Hotspur on Sunday
Manchester United legend Gary Neville has admitted he thought Arsenal had lost their star man Pierre-Emerick Aubameyang a few months ago owing to his inconsistencies.
The 32-year-old scored in Sunday’s North London derby against sworn rivals Tottenham Hotspur in a 3-1 win in the Premier League assignment at the Emirates Stadium. The remaining two goals were scored by youngsters Emile Smith Rowe and Bukayo Saka.
“Before [the Sunday game], when you saw that team come through and you saw [Saka, Smith Rowe and Martin Odegaard] behind Aubameyang,” Neville said in his podcast. 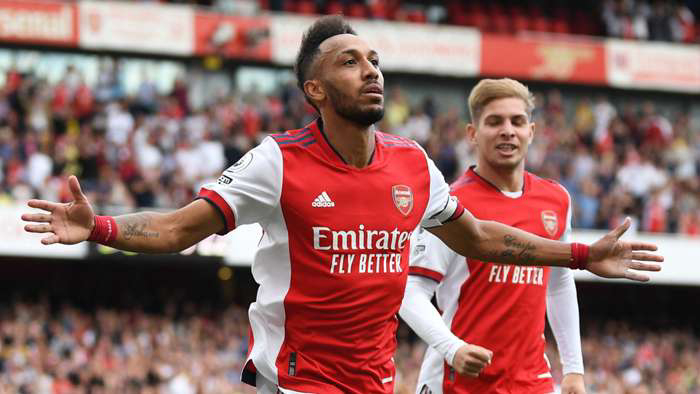