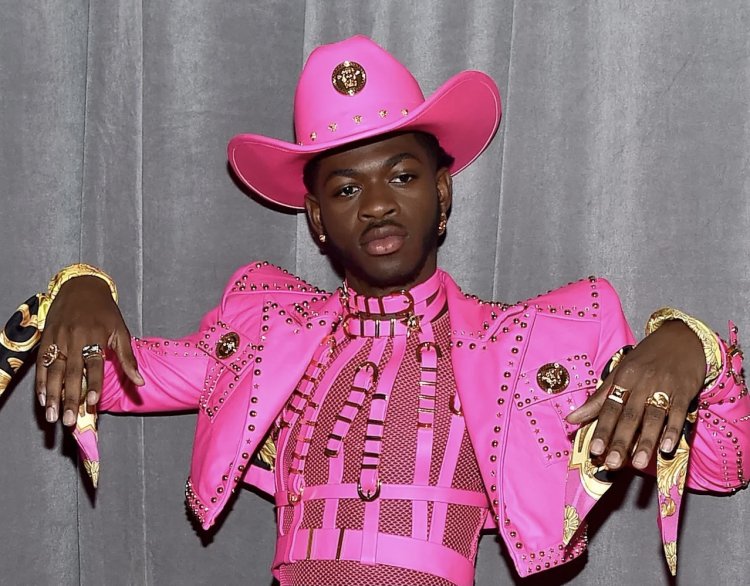 American rapper, Montero Lamar Hill popularly known as Lil Nas X has said that he will resign from Illuminati if he doesn't get a Grammy Award which is taking place today.

The rapper made this known via a tweet that he made on his page. He wrote; "If I don’t leave with Grammys tomorrow I will be formally turning in my resignation letter to the Illuminati". 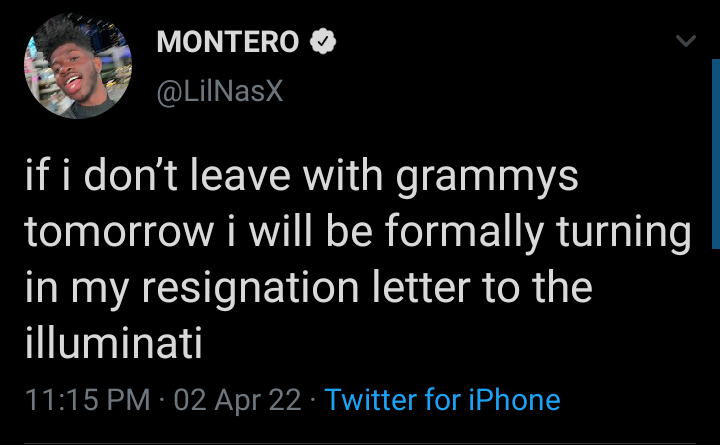 Lil Nas X currently has five Grammy Awards nominations.  His Album, Montero is currently nominated for Album of the Year. His song, "Montero, Call Me By Your Name" also got three nominations, and another song, Industry Baby which he released along with Jack Harlow has one nomination. He currently has a record of two Grammy wins.

The 64th Annual Grammy Awards ceremony will be held at the MGM Grand Garden Arena in Las Vegas on April 3, 2022.