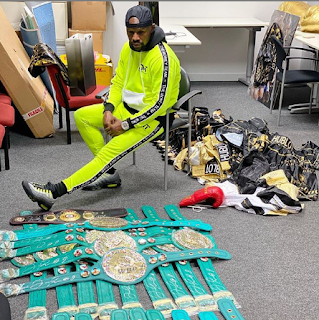 Former pound for pound boxing superstar Floyd Mayweather has teased he would be interested in buying Newcastle United.

Mayweather, who retired from boxing undefeated having won world titles in five different weight classes, was in the region over the weekend as part of his ‘an evening with’ tour at the 02 City Hall.

The 43-year-old, who was nicknamed ‘Money’ because of the lucrative paydays he attracted during his career, is a multi-millionaire and often flaunts his wealth on social media.

He was a genius in the ring, though, and beat high profile names like Oscar De La Hoya, Ricky Hatton, Manny Pacquiao and Canelo Alvarez during his 20-year professional career.

While talking about his boxing career with fans at the show, event host Steve Wraith briefly turned attention towards the Magpies.

When asked whether he would be interested in buying Newcastle United, Mayweather told the crowd: “In the US we call it soccer but the Newcastle football team is an unbelievable team.

“If the people want me to buy the Newcastle team let me know.”

Newcastle fans are desperate for the club to be taken over after almost 13 years of Mike Ashley’s ownership.

A number of takeover talks have fallen by the wayside with talk of the latest Amanda Staveley-led bid from the Saudi Public Investment Fund going quiet in recent weeks.