I’m a soldier, I’ll stay till end of my tenure – Amaju Pinnick insists he won’t resign from his position as NFF president 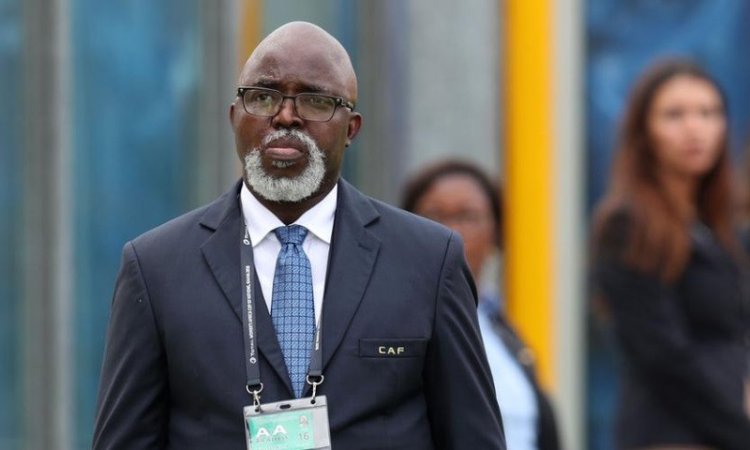 Nigeria Football Federation president, Amaju Pinnick has insisted he won’t resign from his position despite calls for him to quit after the Super Eagles' failure to qualify for the 2022 World Cup in Qatar.

Speaking in an interview with Arise TV, Pinnick took responsibility for the Eagle's inability to qualify for their fourth consecutive appearance at the World Cup after losing out in the final play-off to Ghana last month but insisted he won’t back down.

“Some people say, ‘oh, take responsibility and resign.’ I’m a soldier, I’ll stay till the end of my tenure,” Pinnick said.

“Taking responsibility doesn’t mean you are guilty, it’s just a courtesy out of maturity and out of the fact that you don’t want to ascribe blames to your subordinates. It’s quite unfortunate knowing that you didn’t do anything, knowing that you had sleepless nights.

“We did everything, but unfortunately we are out and we’ll bury our heads, but we’ll learn, that’s the beautiful thing. So, basically, we need to move from step one to step two.”

Pinnick added that the federation is not responsible for Nigeria's failure to qualify for the World Cup, saying the entire team was given everything they needed to pick a ticket for Qatar 2022.

“We sat down with the players and made them to know the importance of that game and we gave them everything. Up till this moment, I don’t think you can fault the NFF. You can fault us in the past, but in these two games (versus Ghana), with all due respect, I think we are faultless. But like I said earlier, I take responsibility as head of the football federation in Nigeria.”