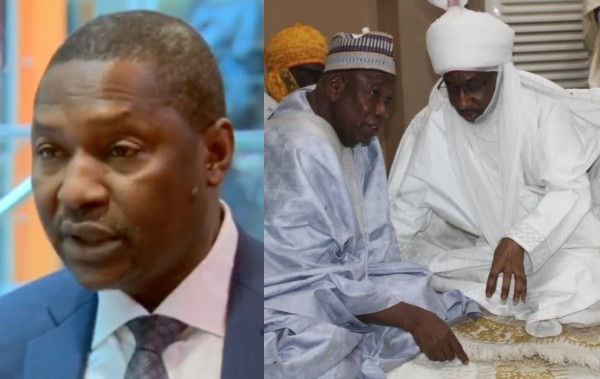 Attorney-General of the Federation and Minister of Justice, Abubakar Malami has denied having a hand in Sanusi Lamido Sanusi’s dethronement as Emir of Kano.

In a statement released on Sunday March 15 by Malami’s special assistant on media and public relations Umar Gwandu, the AGF who denied the allegation added that he won’t comment further since the case is already in court.

“I’m not in any way connected with the dethronement of the former Emir of Kano, Muhammadu Sanusi II and his subsequent banishment to Nassarawa State.

“The issue of who does what over the dethronement saga has been effectively submitted for judicial determination. The matter is consequently subjudice.

”And I will not comment one way or the other over a matter that is pending before the court.”