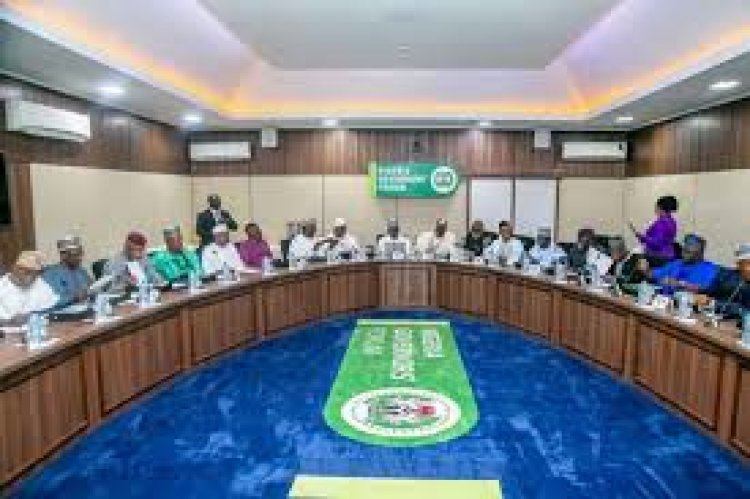 Worried by the economic woes in the country, the 36 governors will on Wednesday, 17th August, 2022, meet at the Banquet Hall of the Presidential Villa in Abuja, to discuss the way forward.

Abdulrazaque Bello-Barkindo, the Director, Media and Public Affairs of Nigeria Governors’ Forum Secretariat, in a statement, on Tuesday, declared that the state of the nation’s economy will dominate conversations during the meeting.

According to the statement, “several governors reasoned that it is high time to tell each other the bare truth by confronting each other on the situation and brainstorming on it.”

Continuing, the statement noted that: “This formed the basis for resorting to an in-person meeting which since the outbreak of the Covid-19 pandemic has been relegated by the states’ executives.

“Two things will feature prominently in the conversation: the economy and security. This will be the first time in the year, contrary to media reports that Governors had collectively advised the president on the weeding of fifty-year-olds from the federal civil service and other spurious suggestions meant to impose further hardship on the people, that governors will collectively meet to consider a total overhaul of the nation’s economy.

“The meeting which, according to the invitation issued by the Director-General of the Nigeria Governors’ Forum, Mr Asishana Bayo Okauru, will commence at 2 pm. It begins with the launch of the Primary Health Care Leadership Challenge Fund, followed by the launch of the World Bank SFTAS charter before the real conversation on the state of the economy begins.

“There will also be such regular updates as the CARES program and the Chairman’s remarks. All governors are warmly welcome.”

ASUU: Issue of IPPIS, UTAS has been resolved – Lecturers give hope of ending strike