Worried by the alarming rate of insecurity in the South East states, former Minister of Education, Oby Ezekwesili, this morning, June 1, took to her Twitter handle to demand the President to put an end to the dangerous tide in the region.

In her thread, Ezekwesili pointed out that it is wrong and dangerous to confuse the South East with IPOB as they are not the same. She opined that the President mismanaged the IPOB saga that it has degenerated into such a chaotic episode where lives are being cut short in the region.

She appealed to the new Chief of Army Staff, Maj Gen. Yahaya to work towards gaining the trust and confidence of the South East with a video of ending the crisis in the region.

She also condemned the decision of security agents to storm a church in Enugu state last Sunday, May 30 to walk the worshippers out over claims they are members of IPOB.

Read her tweets below 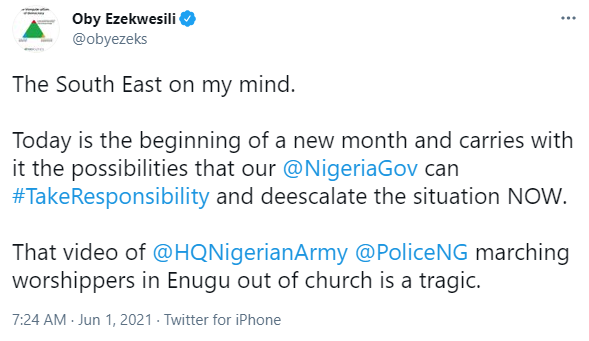 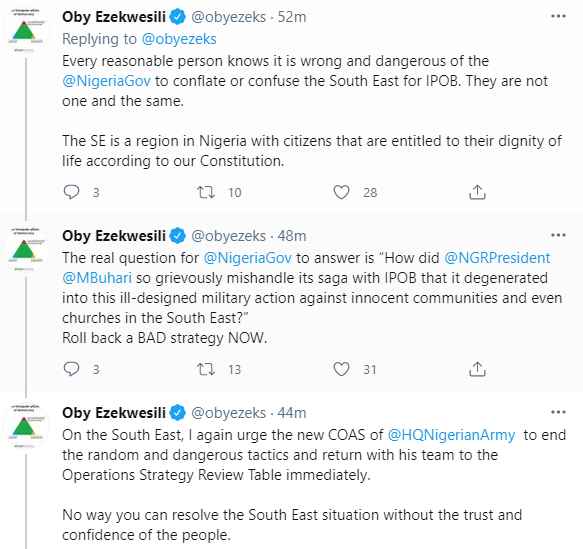 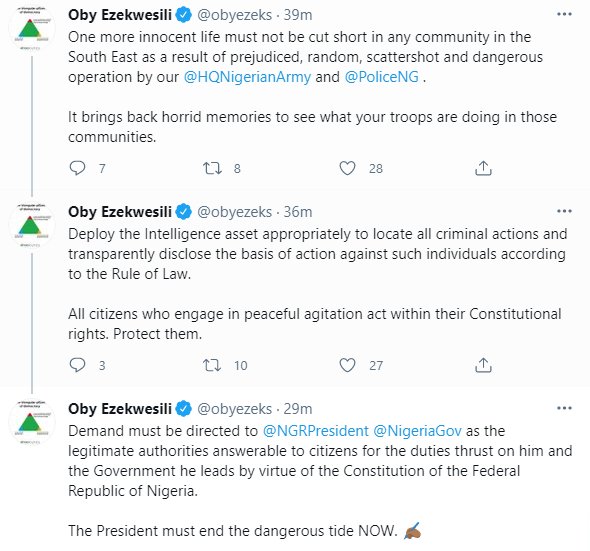