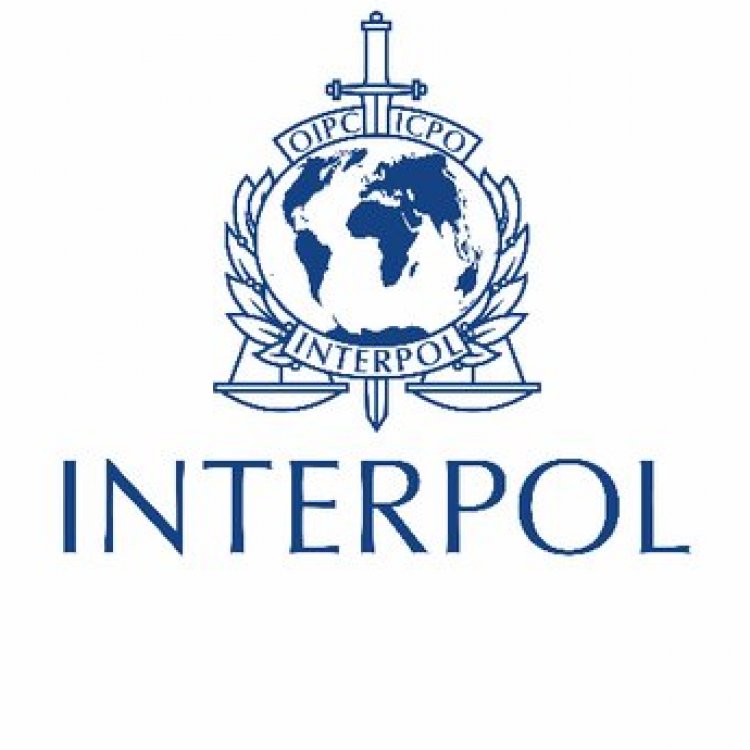 The latest arrest announced in a statement on Wednesday, May 25, follows a major sting last year that resulted in the arrests of more than a dozen suspects allegedly tied to the notorious Nigerian crime ring, dubbed "SilverTerrier" by cybersecurity firm Palo Alto Networks.

The suspect is alleged to have run a transnational cybercrime syndicate that launched mass phishing campaigns and business email compromise schemes targeting companies and individual victims.

The gang is believed to have targeted at least 50,000 victims since it became active in 2014. Authorities initially tried to apprehend the suspect in 2021 but he fled, only to be detained when he attempted to re-enter Nigeria in March 2022.

"Law enforcement and cybersecurity firms have witnessed the striking increase in many forms of cybercrime in recent years, exploiting the context of COVID-19 and forming what INTERPOL Secretary General Jürgen Stock has called a "parallel pandemic", the statement read.

INTERPOL’s Africa desk, called the African Joint Operation against Cybercrime (AFJOC)  and funded by the UK Foreign Commonwealth and Development Office, was launched in May 2021 to boost the capacity of 49 African countries to fight cybercrime.

That same month, the police operation, codenamed Delilah, was initiated by an intelligence referral from several INTERPOL partners from the private sector: Group-IB, Palo Alto Networks Unit 42 and Trend Micro.

Investigators began to map out and track the alleged malicious online activities of the suspect, thanks to ad hoc support from private sector firm CyberTOOLBELT, as well as tracking his physical movements as he travelled from one country to another. Nigerian law enforcement successfully apprehended the suspect at Murtala Mohammed International Airport in Lagos.

"The arrest of this alleged prominent cybercriminal in Nigeria is testament to the perseverance of our international coalition of law enforcement and INTERPOL’s private sector partners in combating cybercrime,” said Garba Baba Umar, Assistant Inspector General of the Nigeria Police Force, Head of Nigeria’s INTERPOL National Central Bureau and Vice President for Africa on INTERPOL’s Executive Committee.

"I hope the results of Operation Delilah will stand as a reminder to cybercriminals across the world that law enforcement will continue to pursue them, and that this arrest will bring comfort to victims of the suspect’s alleged campaigns,” the Assistant Inspector General added.

"This case underlines both the global nature of cybercrime and the commitment required to deliver a successful arrest through a global to regional operational approach in combatting cybercrime,” said Bernardo Pillot, INTERPOL’s Assistant Director, Cybercrime Operations.

"The persistence of national law enforcement agencies, private sector partners and the INTERPOL teams all contributed to this result, analysing vast quantities of data and providing technical and live operational support,” Mr Pillot added. “Cybercrime is a threat that none of our 195 member countries face alone." he added. 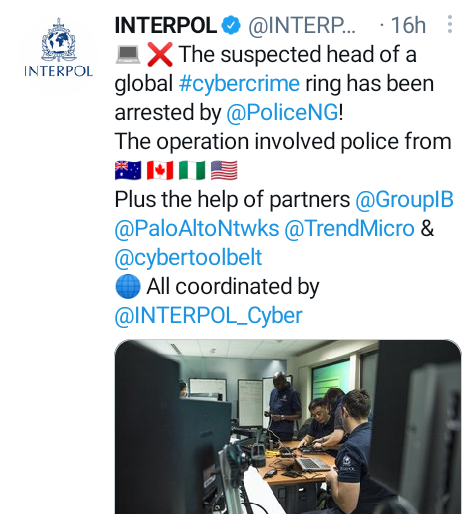