A waitress was stripped naked and beaten by a gang of men in Cameroon and the assault, which lasted for several hours, was filmed.

The 27-year-old was beaten with twigs, sexually assaulted and humiliated by the mob in Yaoundé on November 15, according to Human Rights Watch.

The footage of the assault was circulated in two videos on social media and shows Sara (not real name) being hit several times by the group. 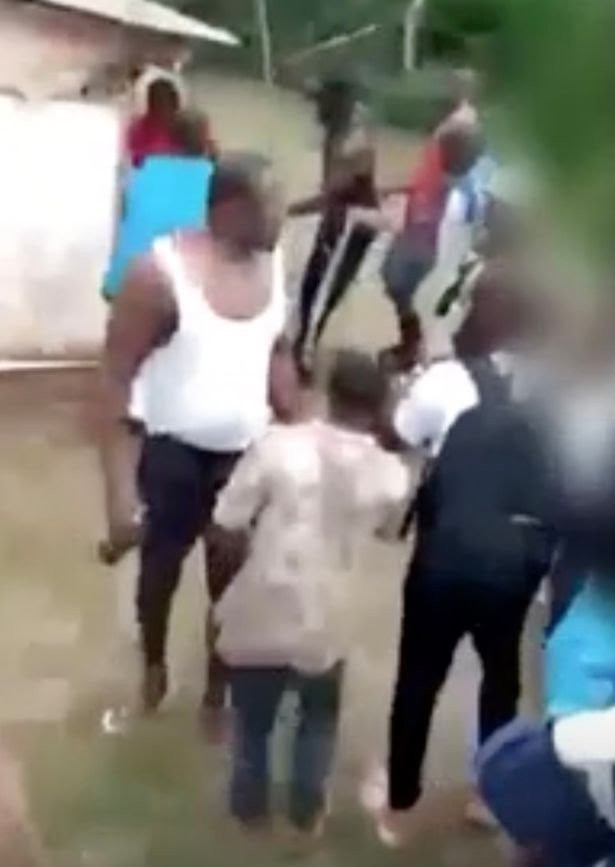 According to medical reports, the victim suffered multiple hematomas all over her body as a result of the assault.

Doctors also said that Sara needed to be monitored for 15 to 18 days due to the severe and shocking injuries she sustained.

Sara, who is described as being intersex by Human Rights Watch, is believed to have been attacked due to her sexuality.

It is illegal to be homosexual in Cameroon and those who are can be prosecuted by five years in prison.

The group met Sara in a bar before she was dragged outside, reportedly by her hair, and was attacked and humiliated. 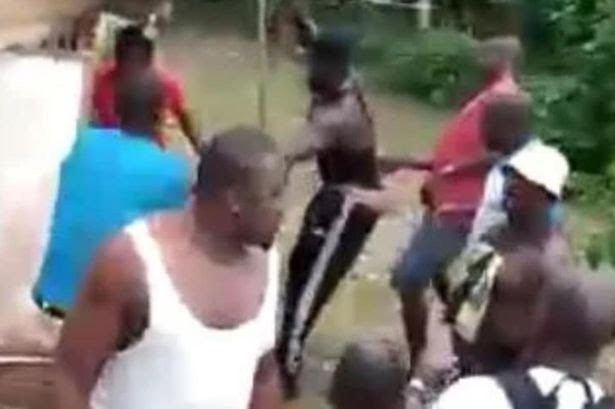 Nkwain Hamlet, executive director of Cameroonian LGBT+ rights group Working For Our Wellbeing, said: “The recent attack on an intersex person in the city of Yaoundé is something to be strongly condemned.

“No one is to face that kind of treatment.”

Following the attack, the Cameroonian Foundation for AIDS (CAMFAIDS), a human rights organisation filed a complaint with the police on behalf of Sara as a victim of assault, battery, and inhuman and degrading treatment.

The group is currently providing Sara with support, including for medical and psychological assistance

Police arrested one man in connection with the brutal attack but he was released just 48 hours later.

Human Rights Watch say that the police haven’t made a public statement on the violent assault on Sara.

On their website, they said: “Their silence over this high-profile incident of senseless violence against an LGBTI victim risks sending a message of tolerance for such abuse and highlights the government’s failure to protect LGBTI Cameroonians.

“Police should urgently respond to CAMFAID’s complaint, investigate the attack against Sara, and bring those responsible to justice. They should also ensure the safety of LGBTI activists who are doing crucial work in a climate of intimidation and violence.”