Actress Georgina Onuoha has expressed her reservations over a comment made by clergyman, Mike Bamiloye, to single and married women.

On February 9, the leader of the Mount Zion Ministries via his Twitter handle told single and married ladies that joining the Feminist Movement may likely make them miss the will of God for their lives.

”If you are a Single Sister, DONT JOIN THE FEMINIST MOVEMENT! The Feminist Movement May make you miss the Will of God for your Life. If you are MARRIED, don’t join them either, IF YOU WANT TO GET THE BEST OUT OF YOUR MARRIAGE. The Feminism want to CONTEST the Head of the Home.”

In a separate post, Bamiloye said any movement that questions the word of God originates from the devil

”SOME PASTORS’ WIVES ARE FEMINISTS, Fighting for Equality in their homes and on Pulpits. They have weakened the Foundations of their Husbands’ ministry. And seriously adulterated the Sacredness of their Marriage.

Some Ministers of God just allow PEACE to reign in their Home, so as not to raise the dust that would sink the Sailing Boat, THE “PEACE” in some Ministers’Homes is a Camouflaged Peace, because the Head of the Home is Submissive and doing everything the Wife insisted you be done.

But the Terrible Inherent Danger is that a terrible Seed of Rebellion and Stubbornness is being unconsciously Sown into the Children’s Heart, which would gradually begin to blossom uncontrollably.

ANY MOVEMENT THAT QUESTIONS ANY ASPECT OF THE WORD OF GOD, Originates from the Devil the Hater of The Marriage Instituted by God.”

Reacting via her Instagram handle, Georgina opined that it is such teachings that have dimmed the light of women in Nigeria. She stated that the clergyman’s wife, Gloria, who is part of his film making production is the textbook definition of feminism.

”These are the kind of teachings and preaching from men of God that are suppose to be spiritual leaders are teaching Nigerians, yet we wonder why women in Nigeria are seen as commodities, properties and are constantly abused by the society. Yet this same pastor has enjoyed the dividends of feminism because we all watched his wife growing up as a part of his ministry.

I hope someone tells him that his wife being able to have a voice and be part of his production is the textbook definition of feminism.

I pray he understands that his daughters are as important as his sons and as such should be treated equally and accordingly.

It is teachings like this that has dimmed the light of so many women in Nigeria, because they cling to the words of their pastors while denying themselves the abilities to attain their full potential.

Demanding equal pay, same respect, right to lead and be heard is not a sin..
The Bible never taught any of us that.

So many pastors continue to take advantage of the scriptures, perverting it to soothe their own fragile masculinity.

Women, demand what is due you, honor your father and husband but never let anyone tell you you are not enough not even your pastors.

Any woman wanting To claim head of the family is sick upstairs, hence the head can not stand without the neck.

If you are a man or woman that wants his or her daughter to be treated differently because of her gender.. raise up your hand ..

It is because of such teachings that our girls and women have been reduced to kayamata.”

”Stop letting pastors reduce you as a marriage property.. you are more than that and the Bible did outline that. Equating feminism to the struggle of the head of the household is a false narrative and a lie from the pit of hell.

There are many notable narratives of women in the Bible as both victors and victims, women who change the course of events, and women who are powerless and unable to affect their own destinies. Though their stories are told, most of those stories do not include their names. Named women make up only 5.5 to 8 percent of all named characters in the Bible. One possible explanation for this is that women were not usually in the forefront of public life. Those women who are named are prominent for reasons outside the ordinary.

They are often involved in the overturning of human power structures in a common biblical literary device called “reversal.” Abigail and Esther, and Jael, who drove a tent peg into the enemy commander’s temple while he slept, are a few examples of women who turned the tables on men with power. The founding matriarchs are mentioned by name, as are some prophetesses, judges, heroines, and queens, while the common woman is largely, though not completely, unseen. The slave Hagar’s story is told, and the prostitute Rahab’s story is also told, among a few others.

Deborah
As the only female judge mentioned in the Bible, Deborah is known for being a compassionate leader (of which there weren’t many in Biblical

Esther
Queen Esther showed great courage by telling the Persian king about a plan to assassinate him, and later, a plan to have all the Jews in Persia killed. With the power of prayer and bravery, she saved her people.

Miriam
The prophetess Miriam was Moses’ older sister, and she helped save him as a baby. Their mother left him in a basket to protect him from being killed by Pharaoh, and when Pharaoh’s daughter found him and took pity on him, Miriam offered up their mother to nurse him so they could stay together.

Don’t be reduced by the gospel of lies told to soothe fragile men egos.
I knowing amazing men that uplift their wives, their wives are in control yet they get their respect as the head of their homes.” 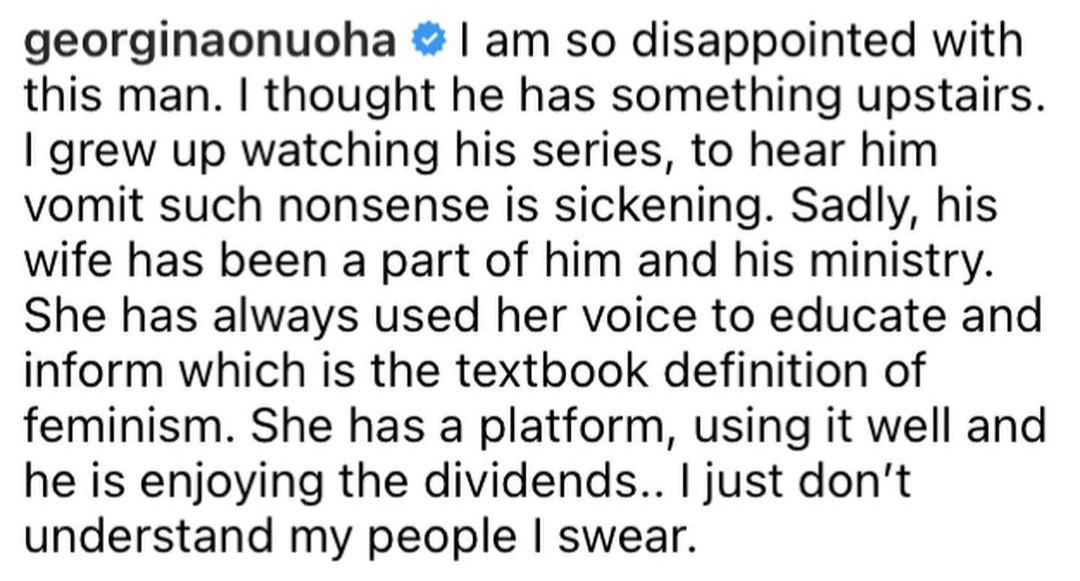