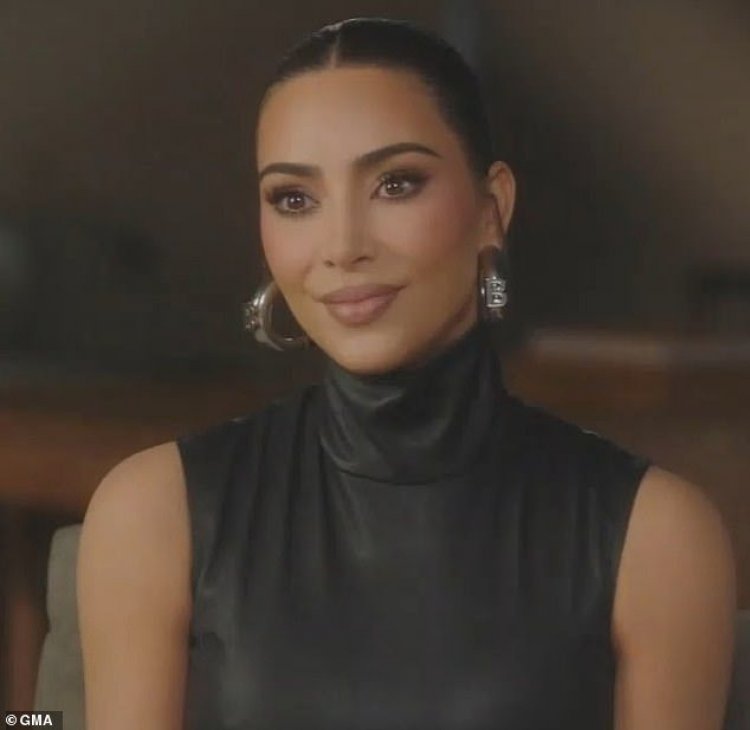 The Variety magazine editor who asked Kim Kardashian to share her 'advice for women in business' has angrily fired back at Kim's claims that her comments were 'taken out of context' by the publication.

Kim, 41, sparked fury early in March after she was quoted as telling the magazine that women need to 'get their f***ing a**es up and work', before complaining that 'it seems like nobody wants to work these days'.

A lot of women advocates and feminists blasted her as 'tone deaf' and out of touch following the publication of the interview .

Actress Jameela Jamil also blasted Kim on Twitter, noting that '99.9 per cent of the world' grew up in very different circumstances to the reality star.

'I think if you grew up in Beverly Hills with super successful parents in what was simply a smaller mansion... nobody needs to hear your thoughts on success/work ethic,' Jameela wrote.

In an interview with Good Morning America, on Monday, March 28, she insisted that her comments were 'taken out of context' by Variety.

She also claimed that the question about her advice for women came after the interviewer - Variety's Chief Correspondent Elizabeth Wagmeister - suggested that she was just 'famous for being famous', which she said made her entire 'tone and attitude change'.

'Well that statement that I said was without questions and conversations around it, and it became a soundbite really with no context,' she explained

Wagmeister has now hit back at Kardashian on Twitter, insisting that the Skims founder was asked a 'very direct question' and that the 'question about [her] being famous for being famous' was actually posed after she offered up her advice to women in business.

'It’s not what she claims,' Wagmeister tweeted. 'I just reviewed the raw footage. The question was very direct: “What would be your advice for women in business?” The question about being famous for being famous came after that question, actually.' 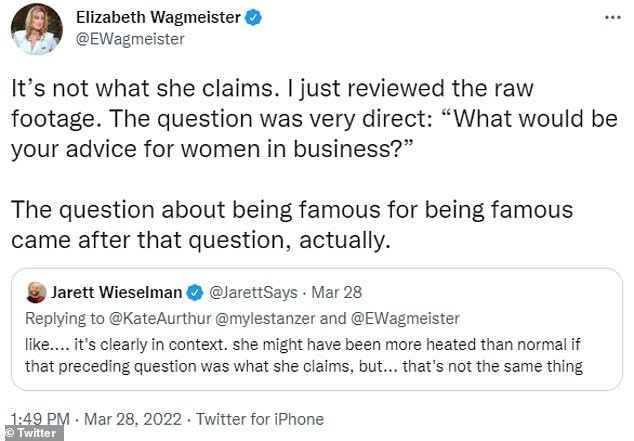