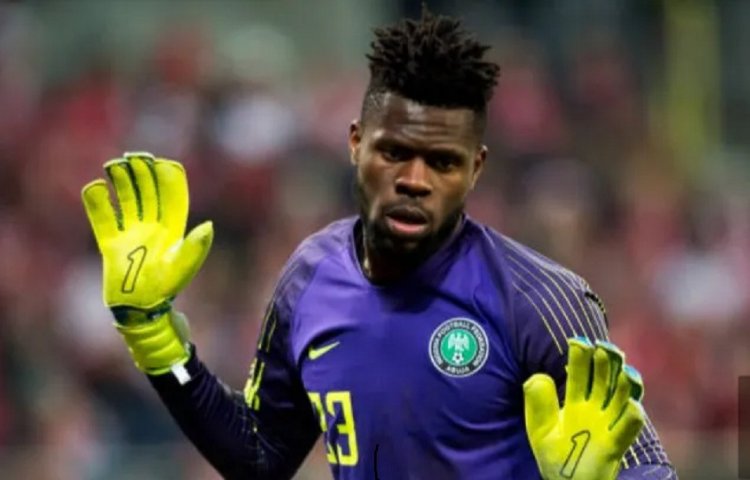 Super Eagles goalkeeper, Francis Uzoho has apologised to Nigerians over the failure of the national team to qualify for the 2022 World Cup holding in Qatar later this year.

Though Uzoho had an impressive outing on the first leg of the game which ended in a goalless draw, he failed to save a Thomas Partey long-range shot which gave the Black Stars the all-important away goal to seal their qualification for the World Cup in the return leg which was played in Abuja.

In an Instagram post he shared, Uzoho stated that past couple of days has been the worst in his life. He added that he wanted to take Nigeria to Qatar but did the opposite.

This past couple of days has been the worst in my lifetime. I wanted to take my nation to Qatar but rather did the opposite. I know what football means to you all and to myself, I can’t promise not to make mistakes again but i can promise not to give up until I bring back that smile on your faces. Thank you for the support and God bless
IN CHRIST ALONE 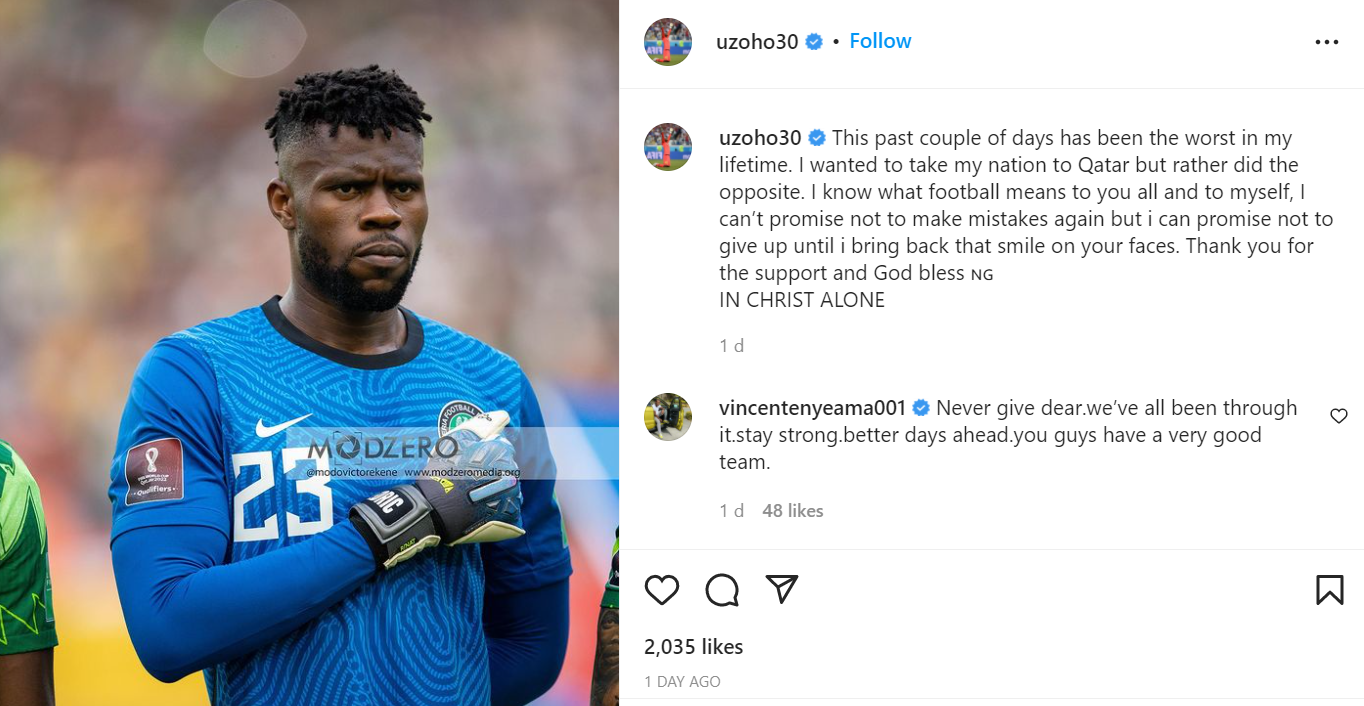 EPL: How I plotted Arsenal’s downfall in 3-0 defeat to Crystal Palace – Patrick...