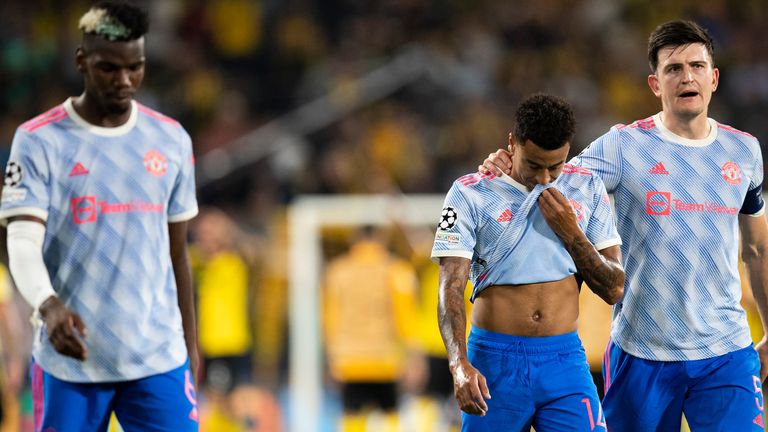 Man Utd captain Harry Maguire says Lingard will learn from his mistake and believes there is plenty of time for United to get their Champions League campaign back on track.

He said: “In terms of Jesse, no footballer likes making mistakes, but it’s part and parcel of the game. We’re humans, every footballer makes mistakes. We’ll learn from it, he’ll learn from it and he’ll pick himself up and be ready to go on Sunday because that’s part of football.

“I think the majority of their chances came in the first half when we were playing with a back four and we couldn’t really get out to stop the crosses or defend the box well enough with the bodies that they were throwing forward.

“In the second half, I thought we looked controlled without the ball without being a huge threat on the counter-attack. We could have done more on the ball, but without it, I felt like they didn’t create big opportunities.

“In terms of the shape without the ball, I felt like we were a lot better when we went to a back three. In terms of pushing forward, we maybe could’ve done a little bit more.”