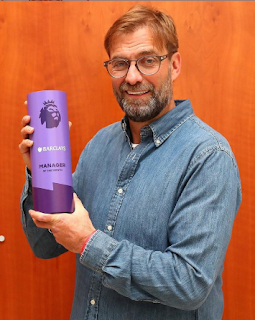 Jürgen Klopp has today been awarded the Premier League Manager of the Month accolade for December.

It’s the fourth time in 2019-20 the boss has claimed the prize, having also won it in August, September and November.

Klopp oversaw another flawless month for Liverpool in the Premier League as they opened up a 13-point lead at the top of the table.

The Reds saw off Everton, Bournemouth, Watford, Leicester City and Wolverhampton Wanderers in the division.

Klopp pipped Watford’s Nigel Pearson and Manchester United’s Ole Gunnar Solskjaer to the prize – the seventh time he has collected it during his Anfield tenure.