Amakhosi have had a rather poor start to the 2021-22 campaign as they are lying 12th on the 16-team table with six points from six matches. They have managed a single win and lost four matches in the process.

According to Mayo, who starred for the Glamour Boys in a decorated spell at Naturena from 2003-2007, the team’s poor start can be attributed to the current group of players’ drive, the recruitment policy, and the constant underperformance of experienced players. 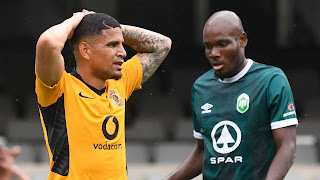