Kanye West and Drake may have ended their long-running beef.

The American and Canadian rappers appeared to squash their beef on Tuesday night when they showed up for laughs at a Dave Chappelle comedy show in Toronto.

The two hip-hop artists, who have thrown lyrical shots at each other in the past, were seen posing for the camera together on Drake’s “Champaign Papi” Instagram account. 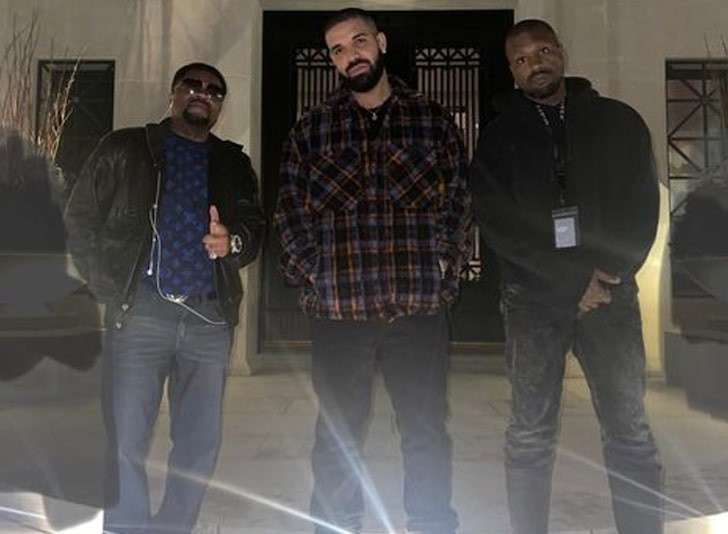 Kanye also posted a photo of himself, Drake, and music promoter J. Prince on Instagram with a “dove” emoji to emphasize the peace made between them.

Prince apparently organized the reunion and announced a concert next month.

“What a beautiful night I had last night in Canada,” he wrote on Twitter. “Let’s make history December 9th. Free Larry Hoover Concert.”

The meetup comes about a week after West addressed his years-long feud with Drake in a video shared by J Prince on Twitter, saying that he was ready to put it “to rest.”

“I’m making this video to address the ongoing back-and-forth between myself and Drake,” West said in the video. “Both me and Drake have taken shots at each other and it’s time to put it to rest.”

Inviting Drake to perform with him, West concluded: “I believe this even will not only bring awareness to our cause but prove to people everywhere how much more we can accomplish when we lay our pride to the side and come together.”

The feud between the two rappers has spanned years. West just recently mentioned his back-and-forth with Drake when he appeared on the Drink Champs podcast on Nov. 4.