Kenya and Tanzania have moved up in the recent Fifa rankings released on Friday, September 16 while South Africa are unmoved and Uganda have dropped.

Since August, Harambee Stars have played in two matches; both 2022 World Cup qualifiers. They hosted neighbours Uganda on September 2 at Nyayo Stadium in Nairobi and settled for a goalless draw.

Their next assignment was away to Rwanda where they were held to a 1-1 draw. Michael Olunga struck for the visitors, but the hosts fought back and managed to equalise courtesy of Abdul Rwatubyaye. 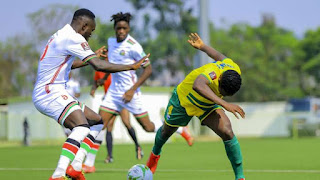