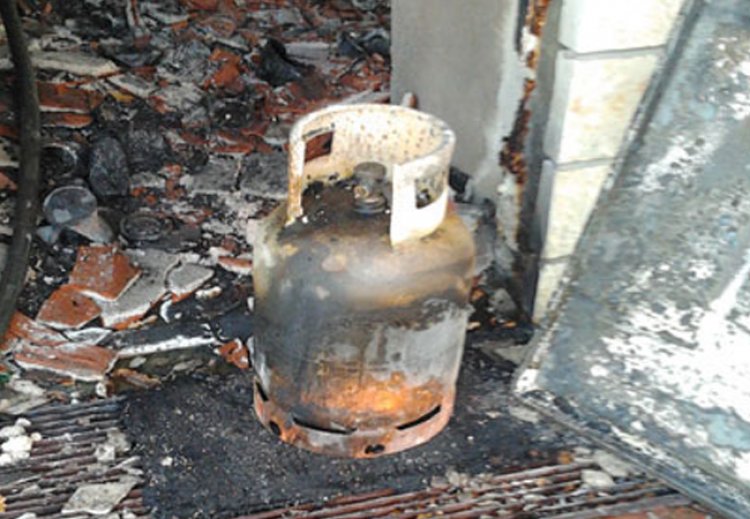 Cooking gas explosion which occurred on Monday morning in Omu-Aran, headquarters of the Irepodun Local Government Area of Kwara State, has reportedly claimed the life of a housewife identified as Mrs. Adeola Adewale.

The incident, according to the state Fire Service, occurred at Tabernacle 2c Area, Egbe Garage in Omu-Aran, when the woman was preparing food for her family.

However, her husband, who was also trapped by the explosion in the kitchen, was saved by the quick response of the firemen who arrived at the scene on time.

Head of Media and Publicity of the state Fire Service, Hassan Adekunle, who confirmed the incident, said the gas explosion caused the building to be engulfed in fire while the sitting room, the kitchen and the dinning room were mostly affected.

"The terrible incident, which eventually claimed the life of the victim woman, occurred today, at about 10:35hrs while she was trying to prepare her family food.

“Firemen were able to put the situation under control on time and saved the victim’s husband who had also been trapped inside the fire explosion.

“Report says the building areas affected by the fire generated from the gas explosion were sitting room, kitchen and dining.”

He said firemen took the husband of the woman who was also severely injured in the incident to the hospital where he was receiving treatment.