Barcelona defender, GÃ©rard Pique has revealed that his relationship with Colombian music star, Shakira, had caused problems between him and former manager, Pep Guardiola. Guardiola left Pique behind at Barcelona to join Bayern Munich and is now the Manager at Manchester City. 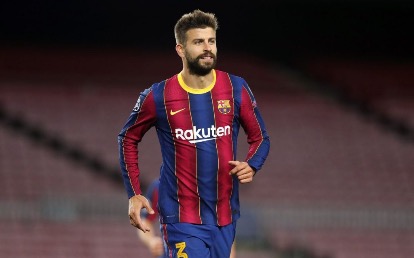 Barcelona defender, GÃ©rard Pique has revealed that his relationship with Colombian music star, Shakira, had caused problems between him and former manager, Pep Guardiola. Guardiola left Pique behind at Barcelona to join Bayern Munich and is now the Manager at Manchester City. The Spaniard had a success-laden time at Camp Nou with the help of Pique and other top football stars. However, reflecting on their time with Guardiola, Pique admitted that he came close to quitting Barcelona between the 2011 and 2012 campaigns when his bond with Shakira was tested. â€œWe reached an important point of tension with him and with the dressing room in general,â€ Pique told La Sotana. â€œThe rivalry with Jose Mourinho was very exhausting. Pep wanted absolute control of everything that happened. â€œI started dating Shakira and the relationship with him changed; now the relationship is perfect. I had a lot of pressure. I felt that in training I had to do everything perfectly. â€œIf there was a moment in which I thought about leaving Barca, it was that season 2011-12. I suffered a lot in this last year with him.â€ PiquÃ© recently extended his contract at Barcelona until 20 June 2024 with a buy-out clause of 500 million euros. The extension is subject to the veteran defender making a certain number of appearances from the 2021-22 season. The BarÃ§a number 3 is in his 13th season with the first team having made a total of 548 appearances. Other first-team players who also renewed their deals are Marc Ter Stegen, ClÃ©ment Lenglet and Frenkie de Jong. They reached agreements for the extension of their respective contracts, which include a temporary salary adjustment due to the current circumstances brought about by the COVID-19 crisis.

What Gerrard said about Arteta ahead of Aston Villa vs...

Chelsea vs Liverpool: Tuchel gets injury boost ahead of...