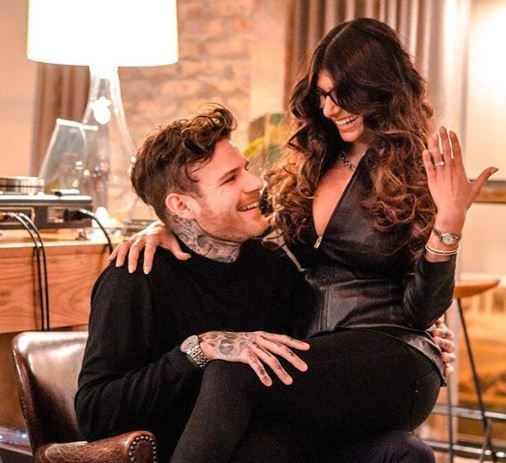 Ex-porn star turned sports commentator, Mia Khalifa just got engaged to her longtime boyfriend Chef Robert Sandberg who proposed to her in a very special way in Chicago.

Robert Sandberg hid the ring in a bowl of dried ingredients and Mia almost ate the ring with the ‘new serving’ but thankfully Sandberg was on ground to warn her, and he proposed to her on the spot. She said YES.

Sharing the news on his Instagram page, Sandberg wrote; We went to Chicago this weekend and had a wonderful dinner at Smyth. I proposed to @miakhalifa and she said YES!
The ring was hidden in a bowl of dried ingredients and came out as a “new serving”. Mia was to curious and to eager to taste so she started to eat the inedible ingredients.
I told her not do it and then I put the ring on the finger. I love you so much 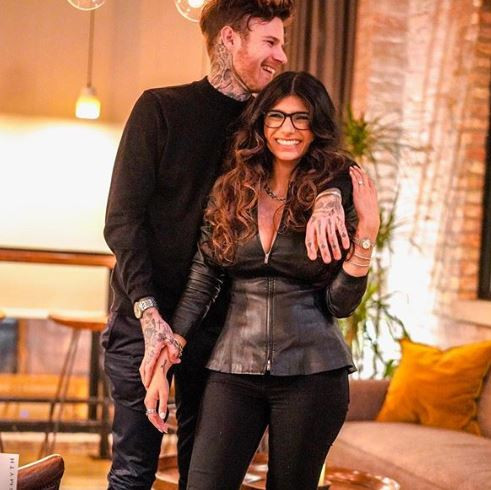 Mia Khalifa also confirmed the news on her page as she shared adorable photos of the couple, writing; Thank you a million times over for the entire team at @smythchicago for helping @robertsandberg propose ?♥? this trip and dinner was supposed to celebrate him getting his visa! Robert has planted the seed so deep in my mind for so long that he hates restaurant proposals so I never, EVER, saw this coming. I love y’all so much! Thank you!

Now social media is on fire with alot of hilarious reactions…..

At Mia Khalifa’s wedding, she’ll probably invite all her industry buddies, actresses and actors that she conducted copulatory businesses with on camera but all that won’t matter because love is such a beautiful thing. He who finds a wife finds a good thing

449 people are talking about this
View image on Twitter