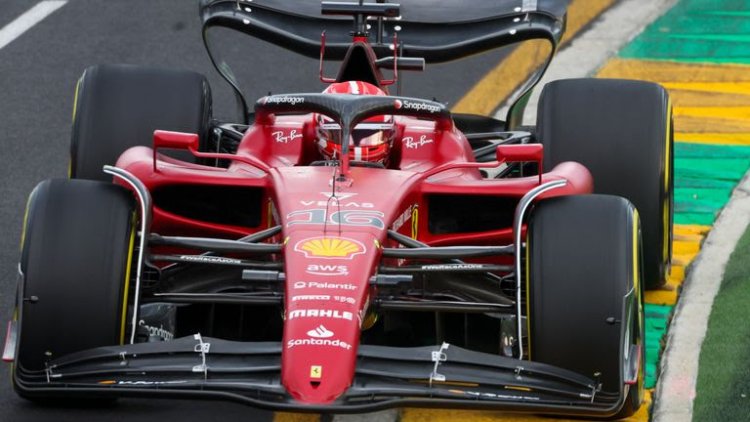 Charles Leclerc capped off another encouraging day for Ferrari by setting the pace ahead of Max Verstappen in Australian GP second practice, with Mercedes further down the field in a miserable start to their weekend.

Leclerc, the championship leader, and Verstappen, the world champion, have gone head-to-head in two gripping races to start the season and they continued their battle on the opening day of practice in Melbourne - although Ferrari do appear a step faster than closest rivals Red Bull.

After Carlos Sainz topped the first session, Leclerc doubled up by speeding away in second practice with a 1:18.978, two-tenths quicker than Verstappen, who cut a frustrated figure and could not hook up a complete lap.

Sainz was third for 2022's early leaders, ahead of surprise package Fernando Alonso in the Alpine and the other Red Bull of Sergio Perez.

Alpine, mixing it at the front, also had Esteban Ocon in sixth.

Those are the positions you would normally expect Mercedes, but the world champions are still floundering, and well off the pace.

Naomi Osaka reaches her first final since the 2021 Australian...