Leicester City striker Patson Daka is confident they can kick-start their Premier League season with the away game against Crystal Palace on Sunday.

The Foxes will travel to Selhurst Park to face the Patrick Vieira-led side and ahead of the game, the Zambia international believes everyone in the squad knows the importance of that visit to south London, with Leicester looking for three points ahead of the next international break.

“It’s another exciting game,” the 22-year-old told LCFC TV after the team lost 1-0 against Legia Warsaw in the Europa League. 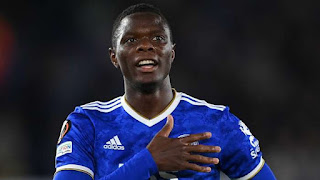