Little Mix’s Leigh-Anne Pinnock is pregnant with her first child. The singer made the announcement via an Instagram post she shared.

29-year-old Leigh-Anne who showed off her bump for the first time in a striking photoshoot, posed solo in a stomach-baring green dress before being joined by her fiancé Andre Gray.

This is coming almost a year after footballer Andre proposed to Leigh Ann in their garden last June. The singer wrote;

“We’ve dreamed about this moment for so long and we can’t believe the dream is finally coming true… we can’t wait to meet you.”

Band member Jade Thirlwall was one of the first to comment on the post as she replied: “Love you so much. Look at this family.”

While Perrie Edwards also added: “I can’t stop staring at these pictures. You’re a vision. Ily both so much! CONGRATULATIONS my beautiful sister!” 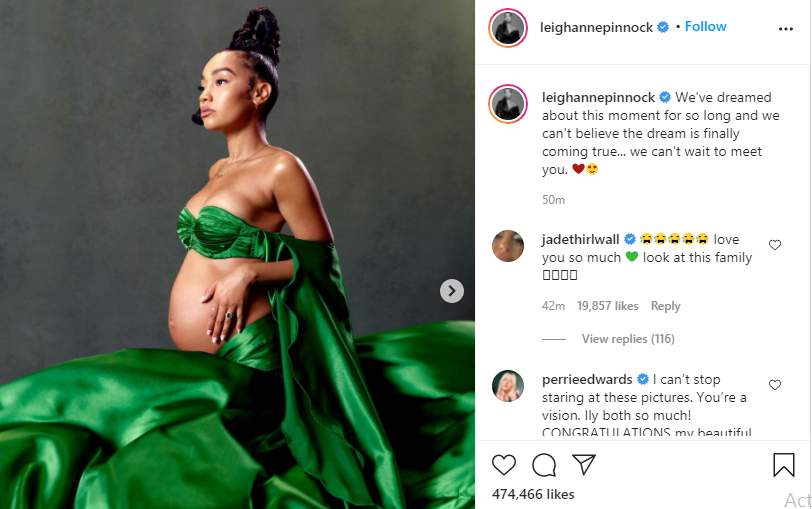 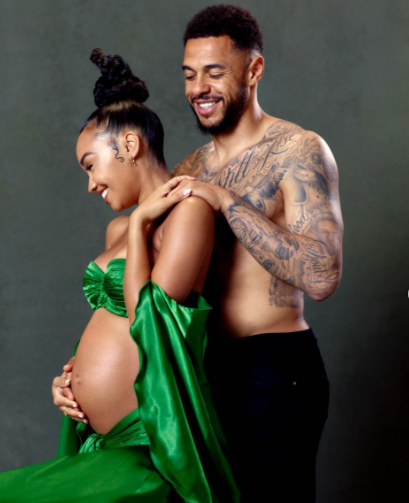 The couple met in Marbella in 2016 where they were enjoying separate holidays with their friends. Leigh-Anne made things ‘Instagram official’ the following January by sharing a loved-up picture with the footballer.

She had told fans that she was still waiting for him to ask her to marry him not long before the footballer popped the question.