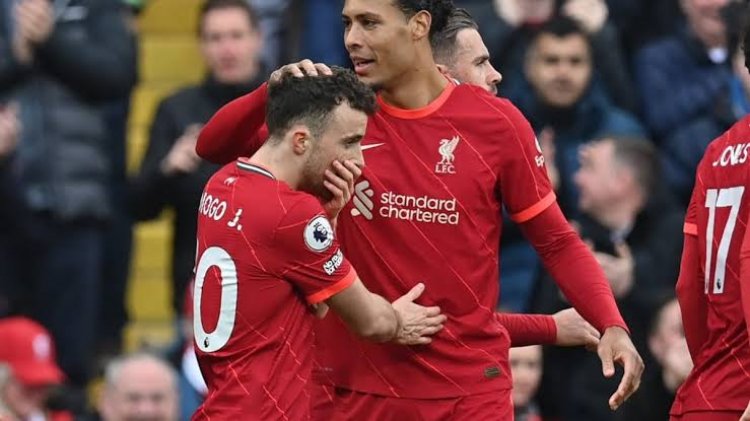 Liverpool beat Watford 2-0 at Anfield to move top of the Premier League for a couple of hours, with Diogo Jota and Fabinho on the scoresheet.

Jota scored his seventh header for Liverpool, more than any other player has scored in the league since his Reds debut, with Joe Gomez to thank for a perfectly measured cross from the right which the Portuguese glanced past Ben Foster.

Fabinho made no mistake from the penalty spot late on to ensure Liverpool, who were 14 points adrift in January, temporarily moved two points ahead of Manchester City before Pep Guardiola's side won at Burnley.

The visitors' desperate need for points was evident in the first period, with presentable chances for both Cucho Hernandez and Juraj Kucka created prior to Jota's goal, but Alisson was equal to both efforts.

But the task was a tall order for visitors who have not won at Anfield since 1999, and Liverpool duly notched their 10th successive league win to dislodge the reigning champions at the top.

I would have done better than Eguavoen – Rohr