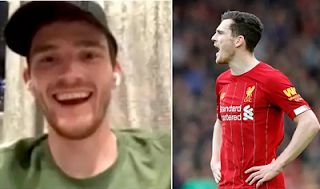 The Scot, who’s considered the best left-back in the Premier League, was torn to shreds by Traore during Liverpool’s 2-1 victory.

And when discussing his one-on-one duel with the speedy Spaniard, Robertson told That Peter Crouch Podcast: “Traore to be fair ripped me apart this season.

“He’s ridiculous. Without a doubt (he’s the fastest). I think he could give most Premier League defenders a 15-yard start and he’d still win the race. Big Virg and him had a great race but Virg has got big long legs.” 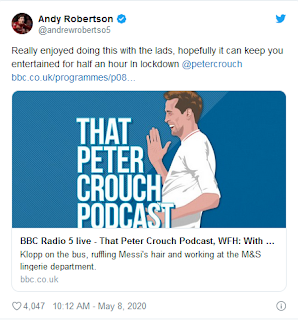 Crouch then weighed in by saying: “How fast is he? He’s ridiculous. He does it in bursts. I watch him just walking around for a little bit and I think he’s not having much of an impact on the game here, they’ve got to get him off.

“Then he’ll just burn it to the line and I think ‘how can you cope with that? There’s no defending against it.”

He added: “When I was at Hull I played against Hazard. He’d just won player of the year and he ripped me apart at Stamford Bridge.

“It was a game I never thought I’d recover from.”