Man, 62, named as person of interest in NYC shooting which left 10 people with gunshot wounds 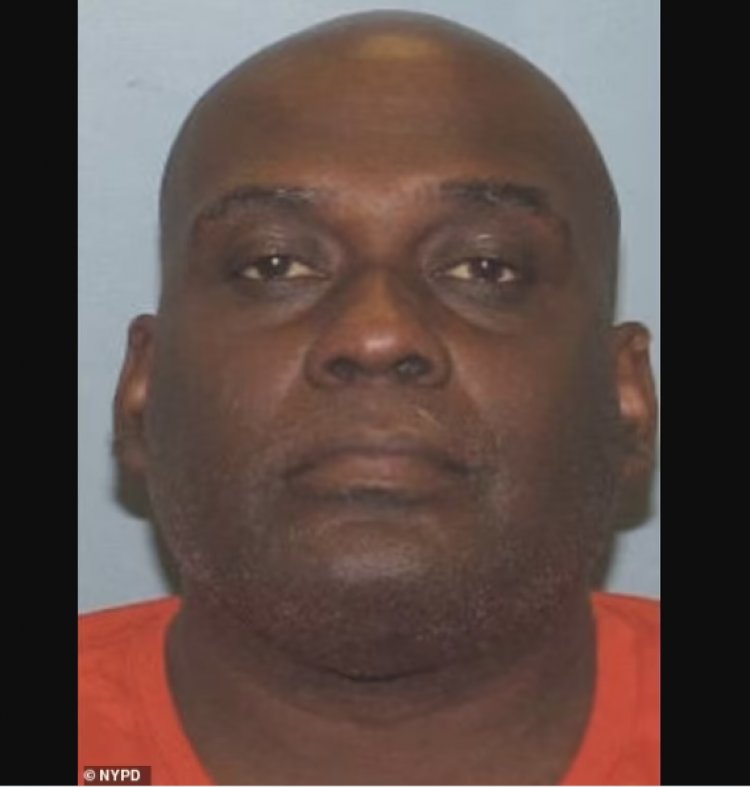 A 62-year-old man has been named as a person of interest in the attack which left 10 people with gunshot wounds, with police offering a $50,000 reward for information leading to his arrest.

Police said keys found at the 36th Street subway station in Sunset Park belong to a U-Haul truck in Brooklyn that was rented by James and found abandoned five miles from the scene in Brooklyn.

Authorities are now examining social media videos in which James made 'concerning' threats against Mayor Adams and raged against white people, Puerto Ricans, Jewish people, climate change and the police, whilst also decrying the United States as a racist place awash in violence. Officials have since tightened security for Adams.

'This nation was born in violence, it's kept alive by violence or the threat thereof and it's going to die a violent death. There's nothing going to stop that,' James said in a ranting video on YouTube under the name 'Prophet of Truth88'.

The rambling, profanity-filled YouTube videos posted by James, who is black, are replete with violent language and bigoted comments, sometimes against other black people. He is also featured sharing conspiracy theories - such as claiming that the Twin Towers could never have been brought down on 9/11 by planes. 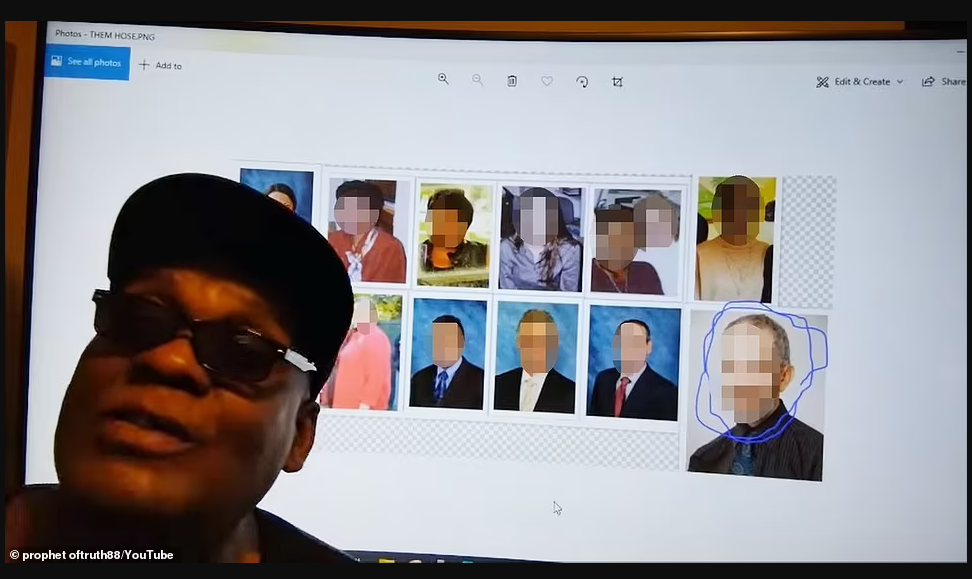 You got kids going in here now taking machine guns and mowing down innocent people,' James says. 'It's not going to get better until we make it better,' he said, adding that he thought things would only change if certain people were 'stomped, kicked and tortured' out of their 'comfort zone.'

Several of James' videos mention New York's subway. One, posted on February 20, says the mayor and governor's plan to address homelessness and safety in the subway system 'is doomed for failure' whilst another on January 25 criticizes Adams' plan to end gun violence

James references psychiatric facilities he has attended in the Bronx and in New Jersey, saying the staff failed to help him and 'made me more dangerous'

'Mr. Mayor, I'm a victim of your mental health program,' James said in one lengthy video.

He also criticized the mayor for not doing more to combat homelessness. 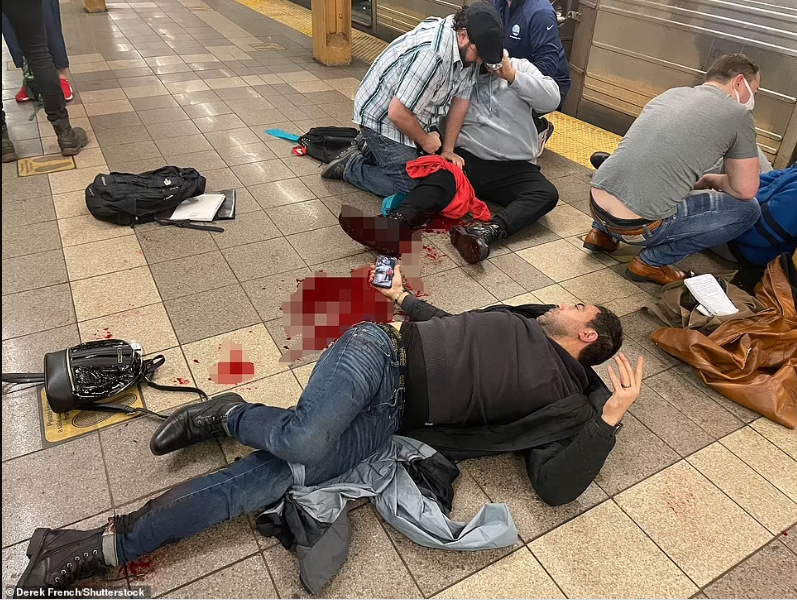 Eric Adams, Eric Adams: What are you doing brother? What's happening with this homeless situation,' he said while referring to the subway.

'Every car I went to was loaded with homeless people. It was so bad I couldn't even stand. I had to keep moving from car to car.'

He continued: 'He can't stop no crime in no subways. He may slow it down but he ain't stopping it.'

'That means you'd have to have police in every station and that's just not possible,' he added.

The NYPD said they were increasing security for Adams after police discovered the videos.

His most recent video was posted the day before the attack, entitled: 'Domesticated Averages', and featured clips of black men in court, accompanied by James's monologue.

He warns young people not to get caught up in violence, saying:

'This is why it's important to think about what you're going to do before you do it.

'Let's not forget, I've been through a lot of s*** where I could say I wanted to kill people.

'I wonder why people die right in front of my f****** face immediately.

He also ranted about racism in society.

'The main thing about the story of black people in this country is that there's nothing f****** over here,' he said.

'This train is still moving and it's moving in directions just gonna take you to your f****** death.'

In another video, on March 1, he railed against police brutality and societal racism.

'No, that shouldn't happen.

'No, you shouldn't be denied housing in a white neighborhood.

'No, that should not happen. 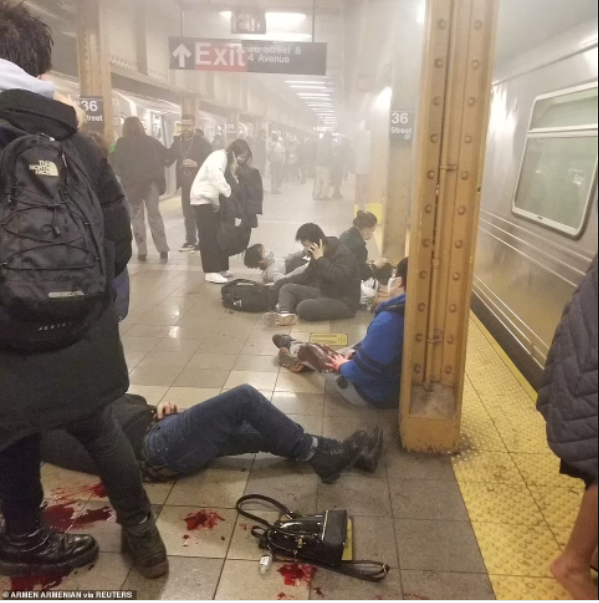 He emphasized his PTSD multiple times, without detailing what caused it, and raged against the staff of Bridgeway Behavioral Health Services - a psychiatric care facility in New Jersey.

James showed the faces of the staff and managers on the screen behind him, saying: 'these are the people that was supposed to be helping me. They made me worse.'

'They made me more dangerous than I could ever havebeen.'

He mocked Adams's plan to bring in mental health workers to deal with the subway homeless problem.

'Here's the help. Here's the cavalry, Eric Adams,' he said, referencing the New Jersey social workers pictured behind him.

'A bunch of f****** predators, a bunch of deviants, a bunch Of  psychopaths and sociopaths.

'They're gonna help you, Eric.'

James also said he was discriminated against because he was not gay. 'They're all homosexual and whatever they have at Bridgeway is a homosexual thing,' he said. 'If you're not homosexual you're not welcome in Bridgeway.'

He then ranted about climate change.

'The planet is reconfiguring,' he said, referencing desertification and oceans rising, wiping out arable land.

He talked at length about Vladimir Putin's invasion of Ukraine, saying that Putin was going to unleash nuclear weapons on the world and kill everyone.

He also claimed the Russian invasion of Ukraine was proof that black people were treated with disdain in society.

'Ultimately at the end of the day they kill and commit genocide against each other. What do you think they gonna do to your black ass?'

And he said the war in Ukraine was a prelude to race war.

The only options James could find, he claimed, was to commit more violence or become a criminal.

'And so the message to me is: I should have gotten a gun, and just started shooting mother*******,' he said.

Police are offering a $50,000 reward for information leading to James's arrest. The MTA and Transport Workers Union (TWU) Local 100 both offered $12,500 each in reward money and the New York City Police Foundation offered $25,000 in reward money to bring the total reward offering to $50,000.

He's trying to wipe out the idea of even being a Ukrainian' - Biden accuses Putin...