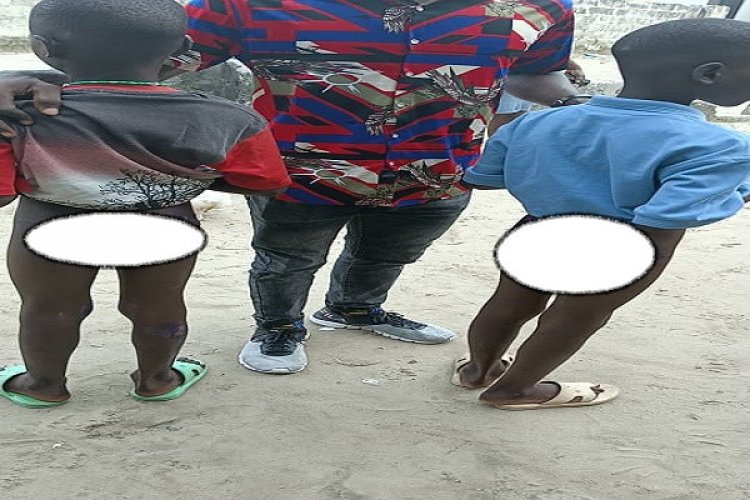 The Delta State Police Command has arrested a middle aged man, Emeka Richard, for assaulting his seven-year-old twin sons with hot knife because they played outside their apartment.

The incident happened in Agbarho community, Ughelli North Local Government Area of the state around 10 pm on Monday, August 29.

Photos of the victims posted by rights activist, Comrade Israel Joe showed the burns on their buttocks.

Spokesperson of the command, DSP Bright Edafe, who confirmed the incident said the suspect was arrested for assault bothering on “grievous harm”.

According to Comrade Joe, the boys lost their mother last October

"A middle age man yesterday 29th August, 2022 used a very hot knife to burn his two children of 7 years old and also attempted the murder his 10 years old daughter now on the run. The incident happened at Agbaroh area of Delta State," he wrote.

"I received the call about 10pm yesterday from a Facebook follower and I had given advised that neighbours and passers-by rescue the children from the man. He is simply identified as Emeka Richard from Imo State but got married to the mother of the children who hails from Ughelli North

"Thanks to the DPO Agbaroh who immediately detailed a team of policemen to us to rescue the children. We have also contacted the ministry of women affairs Delta State to take over the children as such a father does not deserve having those children anymore. You are the parent but the children belongs to the society hence their rights must be protected by provision of law.We are here at Agbaroh in justice and humanity." he added. 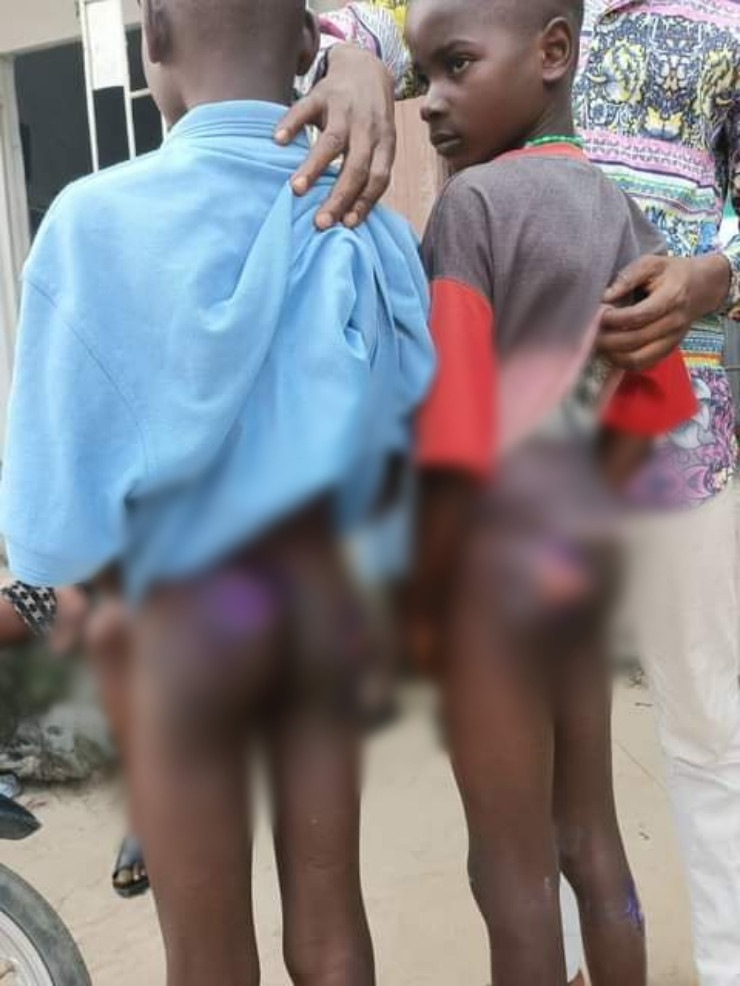 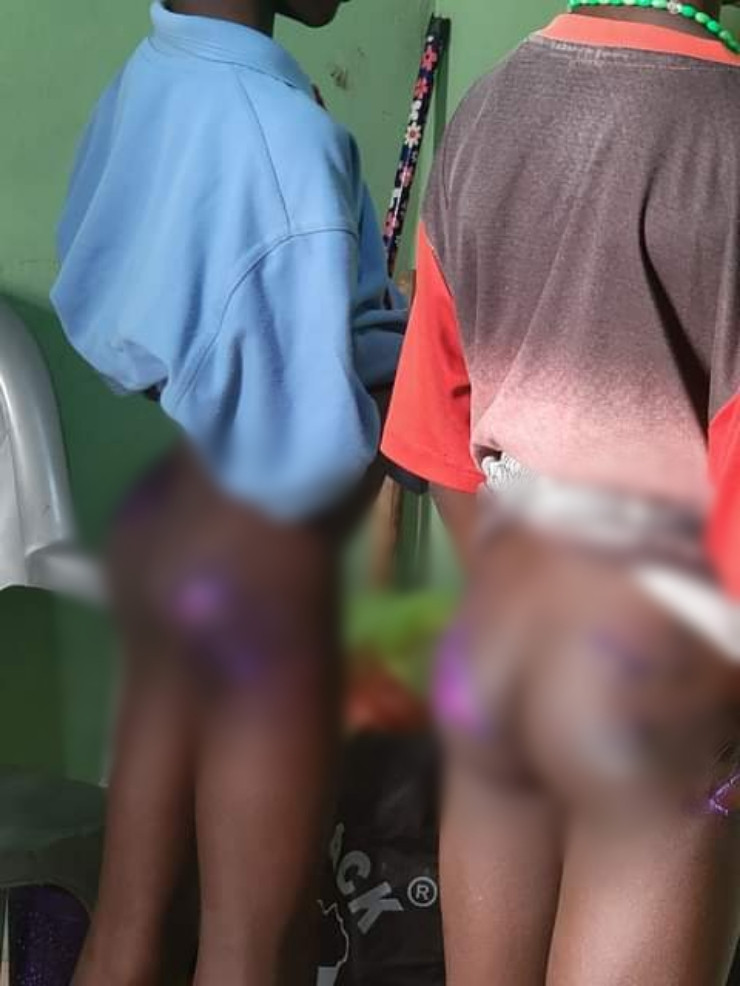 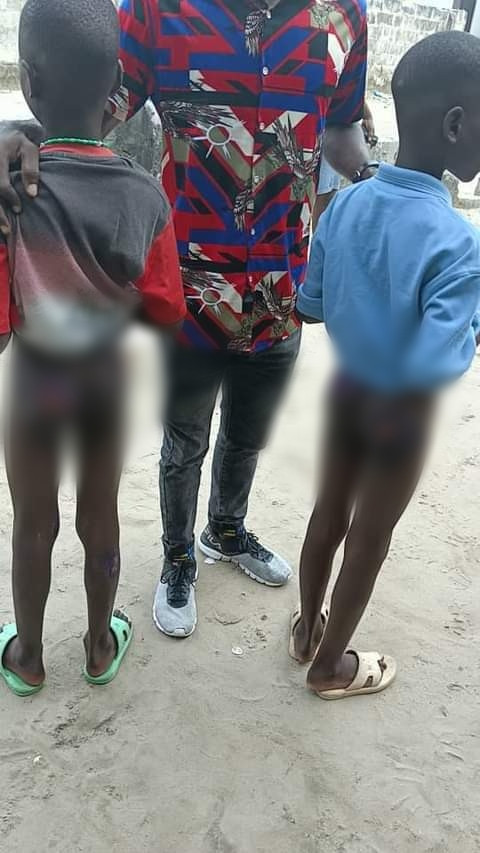 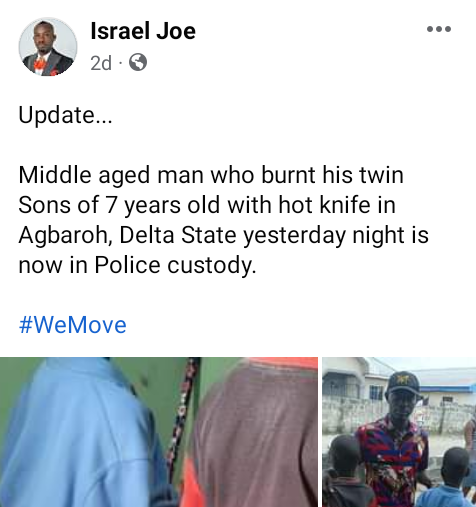