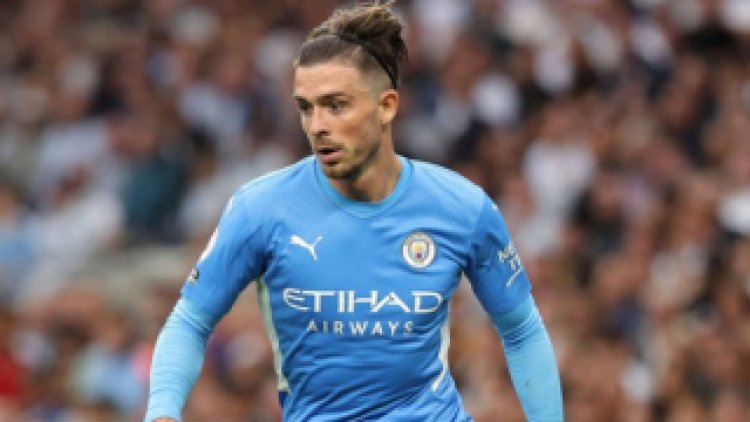 Manchester City midfielder Jack Grealish is eager to translate his club form to the international stage.

Grealish impressed in a cameo for this week's 1-1 draw in Germany.

"I do feel like I play with a lot more freedom here [with England]," he said.

"That's what the manager [Gareth Southgate] asked me to do - go on and be myself and try to create and that's what I did.

Asked if he has played with more freedom for country than club, Grealish said: "I do think that, yeah. I feel at times I've played a bit safe at City - but when I come here, I feel like even in training, I train really well, score goals, get assists and whatnot.

"When I come on the pitch… it's hard to explain. I do feel like I play with a lot more freedom here and hopefully I can transfer that into my club football and keep on improving."

Grealish scored three goals in 26 league appearances as Pep Guardiola's side retained the Premier League trophy, but said he felt "happier" after securing the title as it was a "little bit of relief off my shoulders".

He added: "I didn't speak to [Guardiola at the end of the season]. We had a laugh and a joke about certain stuff, that's the game, just stuff about ourselves, and obviously I'll speak to him next year when I get back, but I'm fine, honestly, I'm enjoying myself at City."

As for England, Grealish also said: "There are so many talented players in that dressing room, especially in my position. I think that's where there's the most competition. Even the players that aren't in the squad, such as Jadon [Sancho] and Marcus [Rashford], even Phil [Foden].

"There's so much talent. Even at the moment there's Bukayo [Saka], who's had a brilliant season, Jarrod [Bowen], Raheem [Sterling] who's already played brilliantly for England."

Everton owner Farhad Moshiri tells fans: Mistakes have been made and for that I...