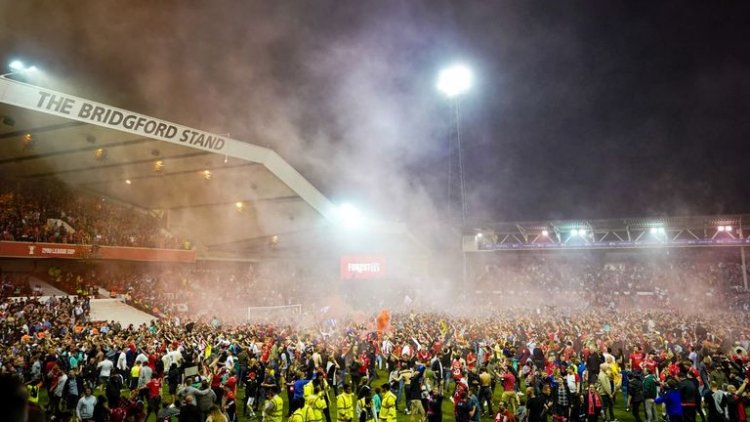 Robert Biggs of Derbyshire, who was arrested in the early hours of Wednesday, admitted assault occasioning actual bodily harm.

The 30-year-old was told that a separate charge of illegally entering the playing surface had been dropped.

He appeared in Nottingham Magistrates' Court in custody and was not opposing an application for a football banning order during the hearing.

Assistant Chief Constable Rob Griffin, of Nottinghamshire Police, speaking before the guilty plea, said: "I am pleased we have now charged a suspect in connection with this assault.

We continue to work closely with both football clubs who are supporting our investigation following this incident.

Cases such as this will hopefully serve as a deterrent to anyone thinking of getting involved in violent disorder at football matches. Incidents are treated extremely seriously by the force and football clubs and people involved will be held to account."