Manchester United have decided to appoint Ralf Rangnick as their interim manager.

The German, currently Manager of Sports and Development at Russian Premier League side Lokomotiv Moscow, was a five-man shortlist to takeover on a short-term basis.

United want to appoint Mauricio Pochettino as their permanent manager, but cannot do so until next summer after PSG rebuked their approach this week.

Rangnick was initially hesitant to accept a six-month contract at United after engaging in serious talks with the Premier League club.

But the Red Devils have offered to keep Rangnick at the club in a consultancy role beyond his interim manager spell.

This key commitment has persuaded Rangnick to leave Russia for Old Trafford, per Goal.

Former Barcelona boss Ernesto Valverde was also considered for the role, as was Rudi Garcia, Lucien Favre and Paulo Fonseca. 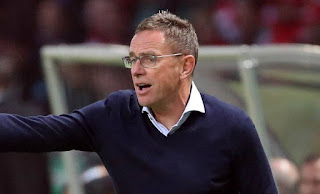