The Red Devils are searching for an interim manager who can take them to the end of the season.

United are aware that getting their primary targets at this stage of the campaign is very difficult, and are willing to appoint an experienced caretaker to help them achieve their ambitions for this term.

According to the BBC, United are looking at 57-year-old Valverde, who won La Liga with Barcelona, as one of the options for the interim job.

United are hoping to appoint Paris Saint-Germain boss Mauricio Pochettino, but his ability to leave PSG mid-season is deemed as very unlikely. 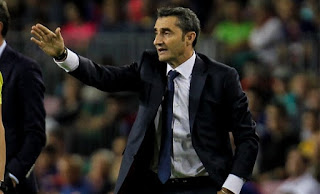