Man who murdered Jacqueline Avant sentenced to 150 years to life 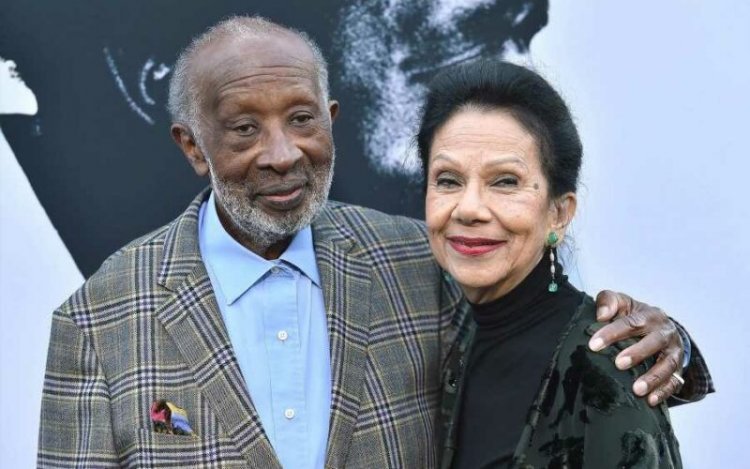 A two-time convict who fatally shot Jacqueline Avant, the wife of celebrated music executive Clarence Avant, during a burglary at the couple’s Trousdale Estates home in Beverly Hills, has been to 150 years to life in prison.

Aariel Maynor, 30, of Los Angeles, pleaded guilty in March to killing the 81-year-old Avant, by shooting her in the back around 2:25 a.m. Dec. 1 inside her home in the 1100 block of Maytor Place. He also admitted shooting at a security guard — who was not wounded — while trying to flee the scene.

He pleaded guilty to one count each of murder, attempted murder and being a felon in possession of a firearm, and two counts of residential burglary with a person present. He also admitted allegations of using an assault long barrel pistol during the crimes, along with admitting prior robbery convictions from 2013 and 2018.

Deputy District Attorney Victor Avila said Avant was shot in the back after she was ambushed in the dark of her home. He said Maynor “researched” Clarence Avant’s name online before the 2:30 a.m. home invasion and hoped to obtain valuable items in the premeditated burglary.

“He shot a completely vulnerable victim, 81 years old, no match for him, and she was caught by surprise,” Judge Kathryn Solorzano said. “And then he left (her) there and compounded the issue by firing multiple rounds at the unarmed security guard.”

The judge found that Maynor “planned” the burglary, citing evidence on his cell phone. She also listened to snippets of recorded jail calls played during the hearing and said Maynor was “essentially giggling about the commission of the offense” and was “bragging” that he planned to obtain an illicit cell phone when he got to state prison.

According to a sentencing memorandum filed by prosecutors, Maytor admitted to Beverly Hills police that he shot the woman during the burglary. A few weeks later, while he was in jail, he was heard talking to a female friend on the phone, laughing about the shooting and saying, “I’m all over the news,” according to the memo.

In another call, he bragged to a friend that he would not be facing the death penalty or life without parole — the result of Los Angeles County prosecutors no longer filing special-circumstance allegations.

Solorzano noted earlier that a report indicated the 2013 robbery for which Maynor had been convicted involved a woman who was kicked in the face and knocked unconscious. She also noted that Maynor had been released on parole for the 2018 robbery in September 2021, just a few months before Avant’s killing.

Deputy District Attorney Victor Avila told the judge Avant was shot after confronting Maynor, who also fired “multiple shots” at the couple’s security guard, striking a vehicle. He subsequently broke into a home in the Hollywood Hills area and accidentally shot himself in a foot, the prosecutor said.

Los Angeles police responding to that burglary call found Maynor at the scene suffering from a gunshot wound to a foot, according to Beverly Hills Police Department Chief Mark Stainbrook.

Among the evidence collected was “a suspected weapon” from the crime, described by police as an AR-15 rifle. Stainbrook said Maynor was on parole and has an “extensive” criminal record, which bars him from possessing a weapon.

Jacqueline Avant was a prominent philanthropist dedicated to helping people in low-income neighborhoods in and around Watts and South Los Angeles. She was also a board member for UCLA’s International Student Center.

Her daughter, Nicole Avant, is a film producer and former U.S. ambassador to the Bahamas who is married to Netflix co-CEO Ted Sarandos. In a statement, the Avant and Sarandos families said they were grateful for the “outpouring of love, support and condolences” in the wake of the senseless tragedy.

"If I had known, I won't have jumped inside that marriage"...