A Nigerian man, Dayo Ayoola, has taken to his Twitter handle to call off his five-year relationship with his girlfriend, Omoyele, over allegations of cheating.

Dayo in a now-deleted Twitter thread said he met Omoyele while they were in their final year and began a relationship with her that he believed would lead to marriage. He said in the course of their relationship, she confessed to him that she got raped and impregnated by her ex-boyfriend and that she had gotten an abortion done. He said because she was remorseful, he forgave her and continued with their relationship.

Dayo in his thread said she left for her Masters abroad in February and only recently discovered that she was seeing someone else. He shared photos of them together on his handle as he called off their relationship.

See his thread below 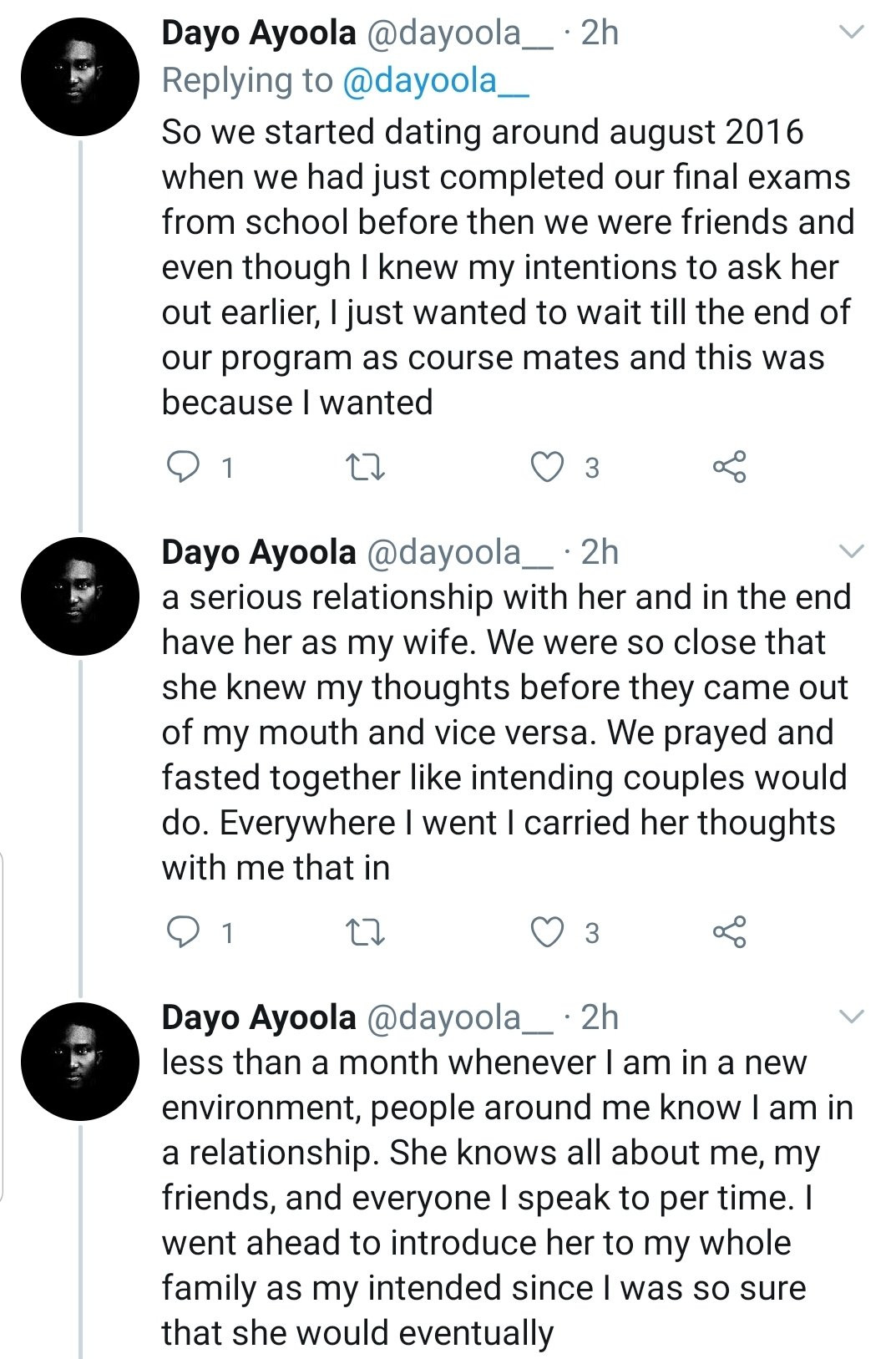 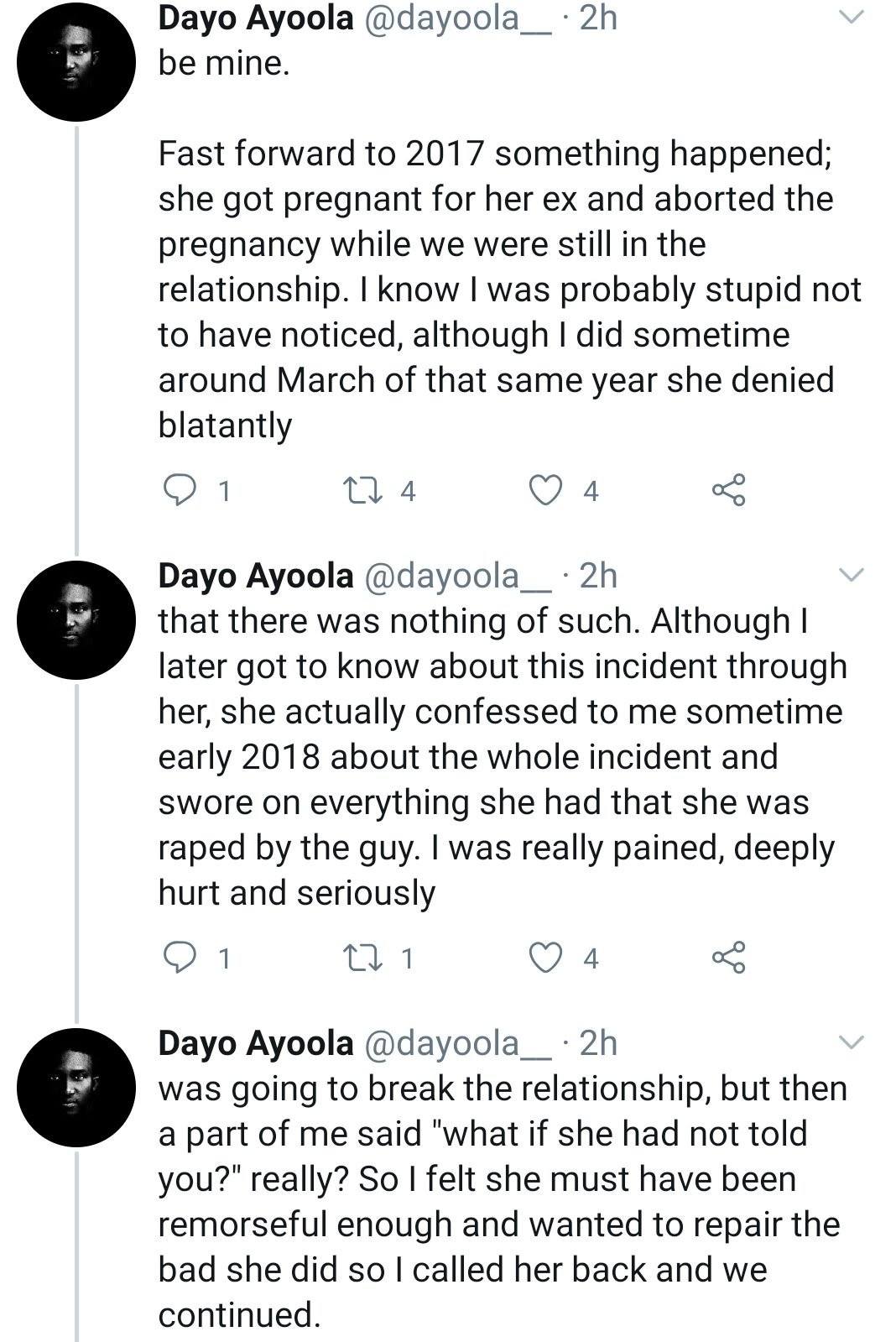 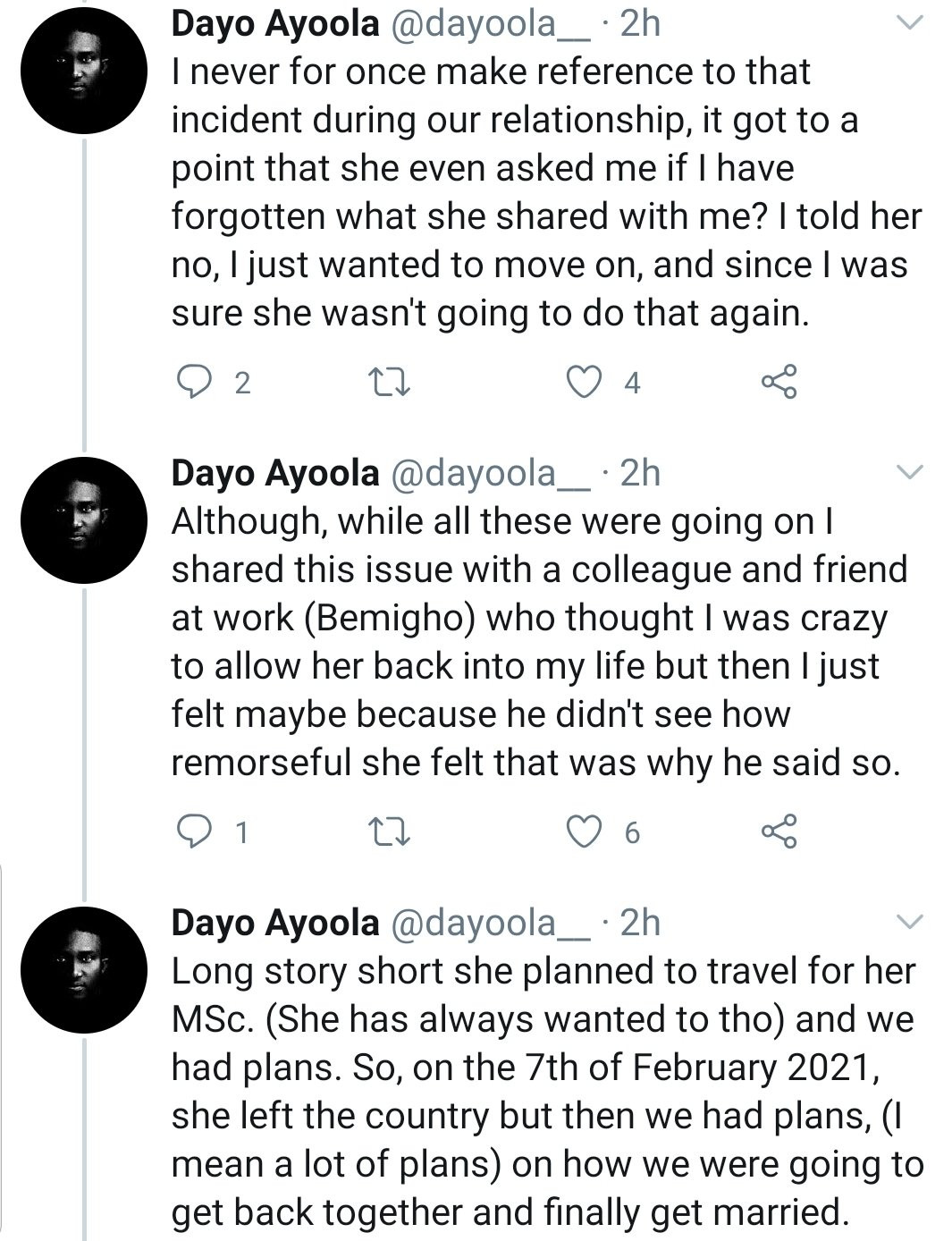 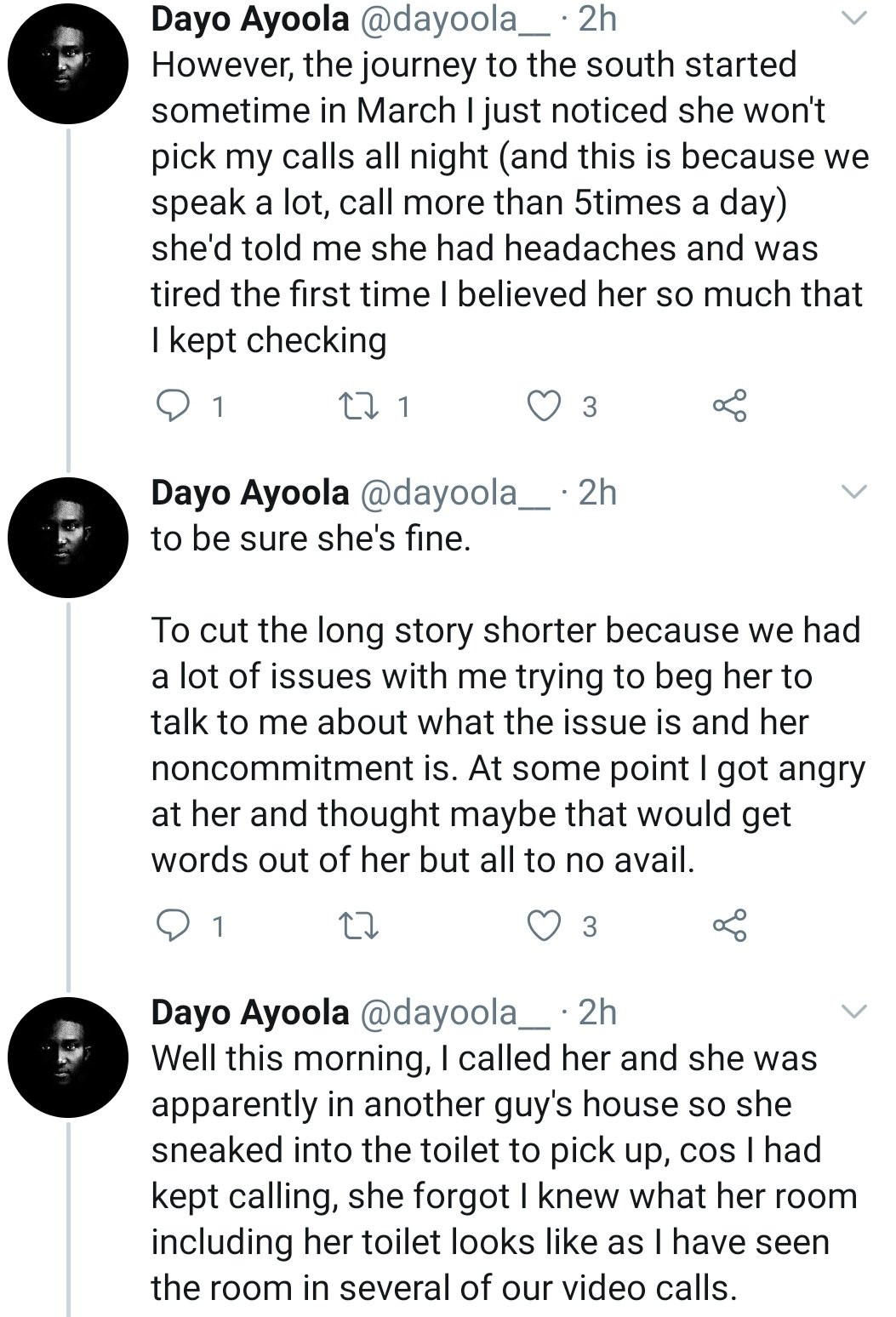 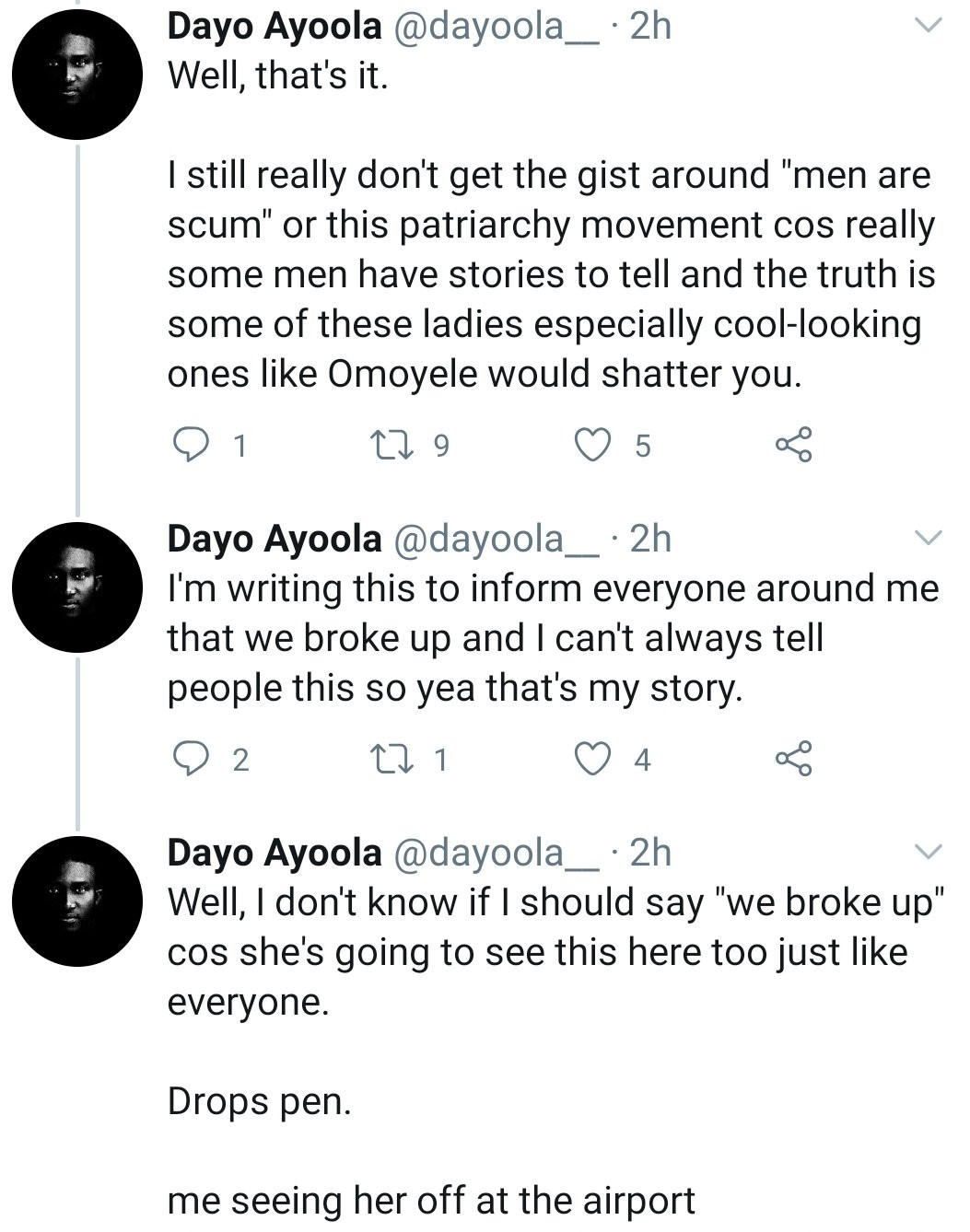