The defender arrived at Chester Magistrates’ Court in a police van on Friday morning, with no pleas entered before the judge

Benjamin Mendy has been denied bail after he arrived at court with a police escort on Friday to face charges of rape and sexual assault.

It was confirmed on Thursday that the Manchester City defender was being held in custody and is accused of four counts of rape and one of sexual assault.

The 27-year-old arrived at Chester Magistrates’ Court in a security van with a police car alongside. His case was heard in the early afternoon, at which the district judge ruled that he should be held in jail until next month. 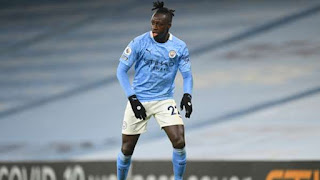