OAP, Dotun has been called out by his followers for throwing shade at Saga and he responded in kind.

The media personality took to Twitter to comment about Big Brother Naija housemate, Saga, and his interest in fellow housemate, Nini.

He threw shade at Saga for losing focus on the 90 million Naira reward at the end of the game to focus on his infatuation with Nini. 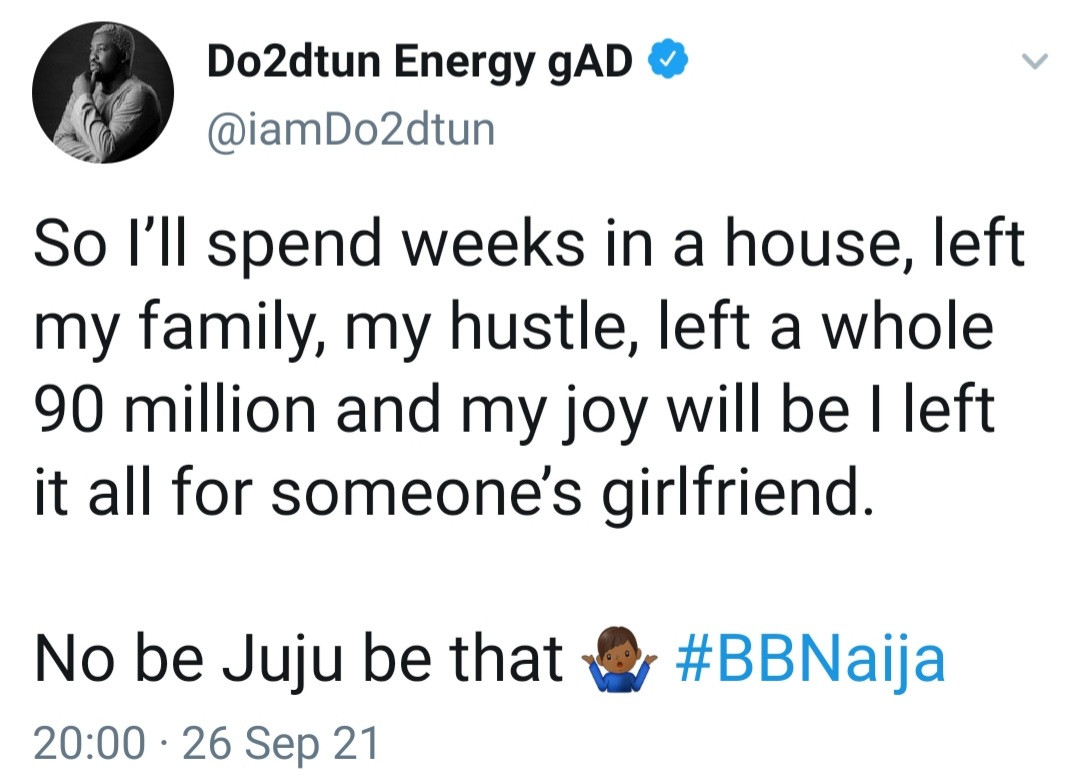 His tweet didn’t go down well with Saga’s supporters and they dragged him.

Dotun hit back, dragging their “fathers.” 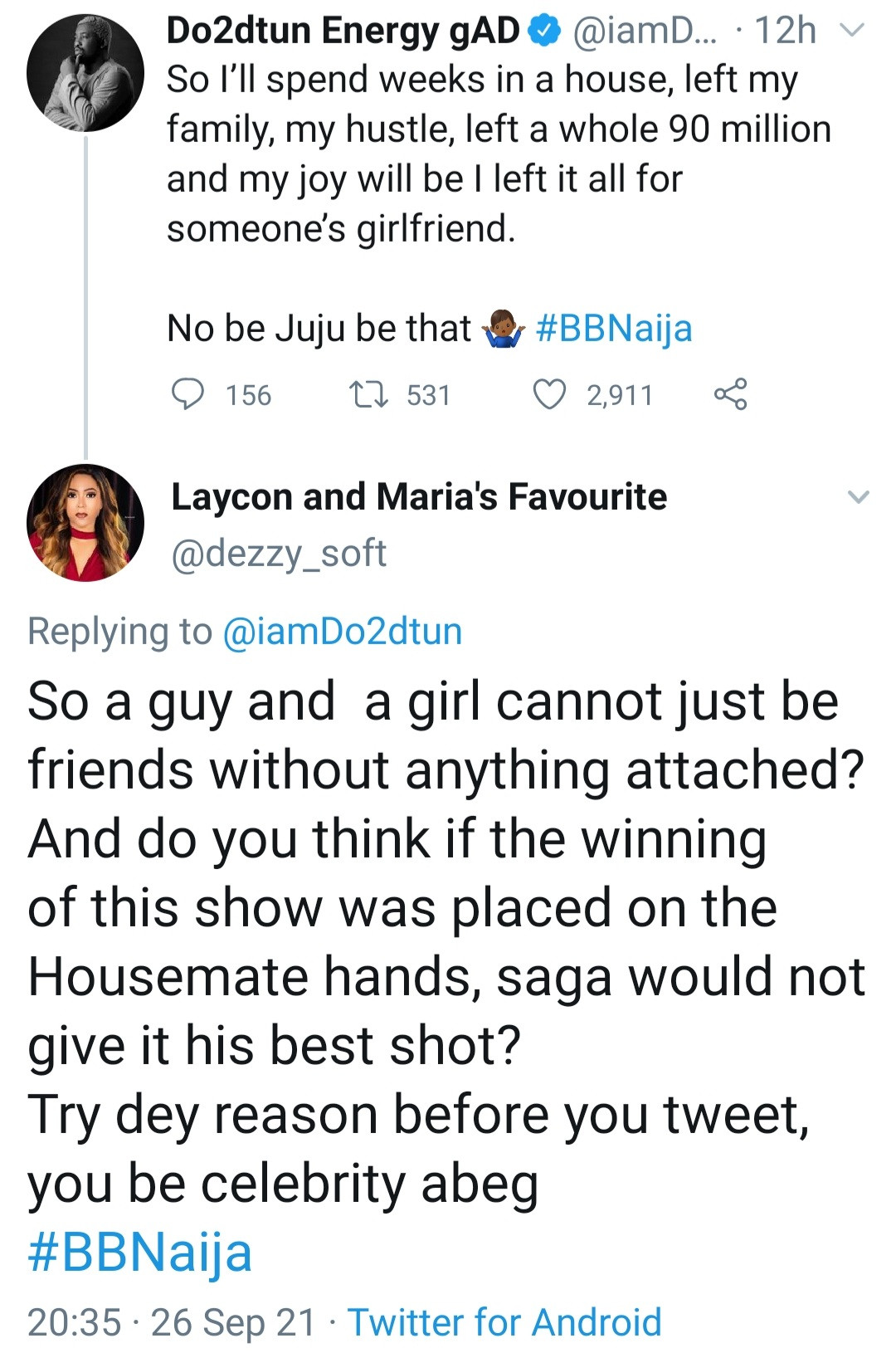 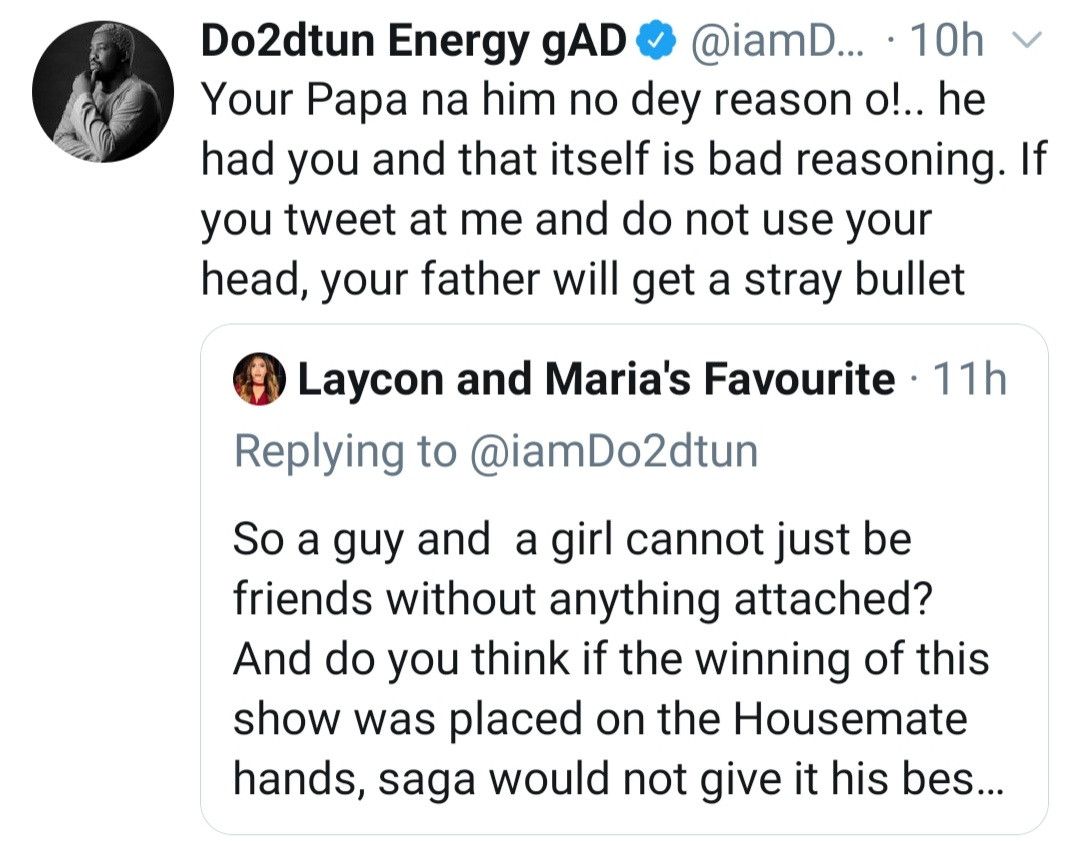 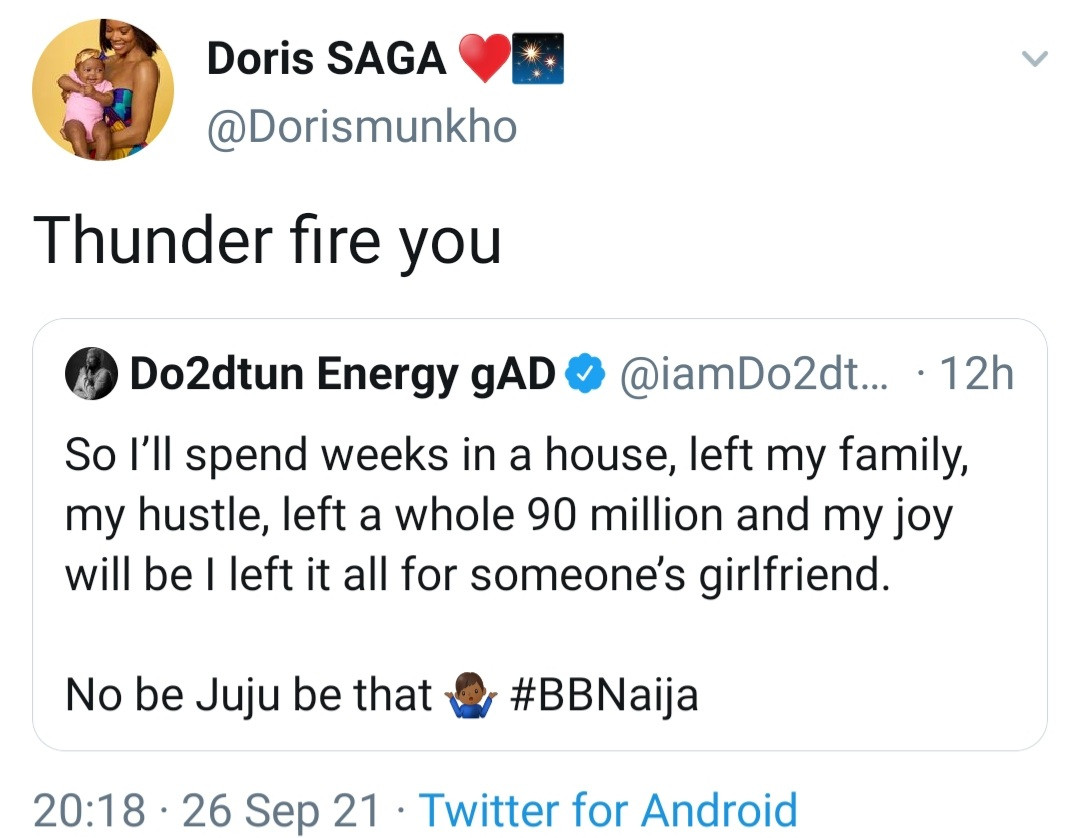 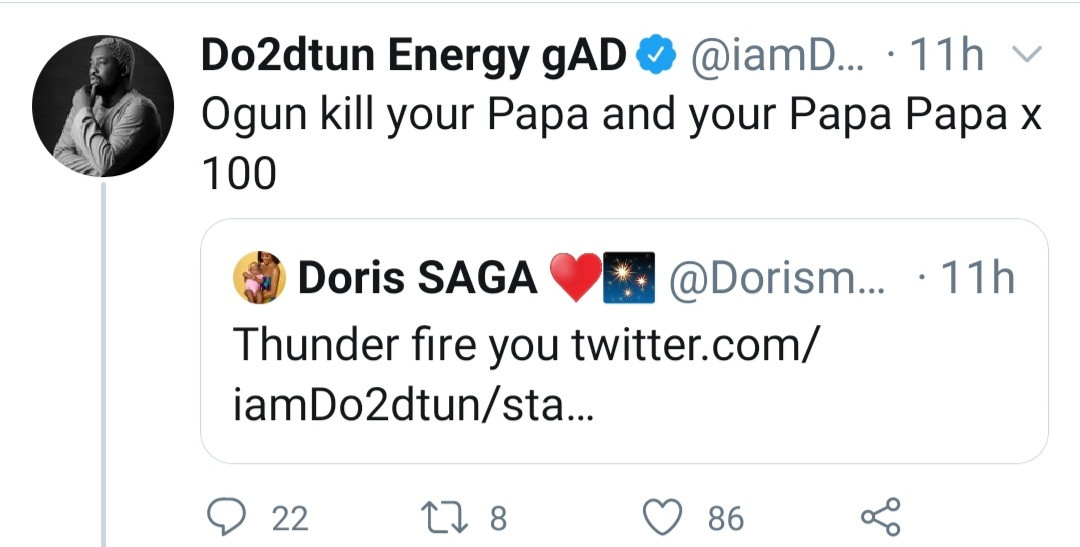