Megan Fox and her boyfriend Machine Gun Kelly are cover stars for the new British GQ Style magazine and the actress left little to the imagination once again.

The actress made news headlines weeks ago when she wore a nearly-nude dress to the VMAs red carpet, and said that her boyfriend told her to wear it.

Now, the mother-of-three is back to showing as much skin as she wants. 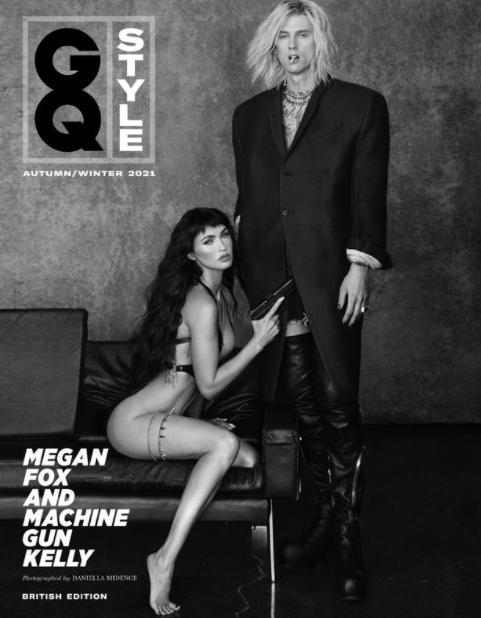 In the new series of black and white snaps for their GQ cover, Megan poses seemingly naked apart from a strategically placed gun holster and jewellery.

For the cover story, the actress and her musician boyfriend, real name Colson Baker, spoke about their love.

Machine Gun Kelly recalled their first proper exchange to British GQ Style, saying: “She was just like, ‘How are you feeling?’ And I said, ‘I’m lost’.”

He added: “She said, ‘Well, let’s find you.’ That was the first real conversation we had.” 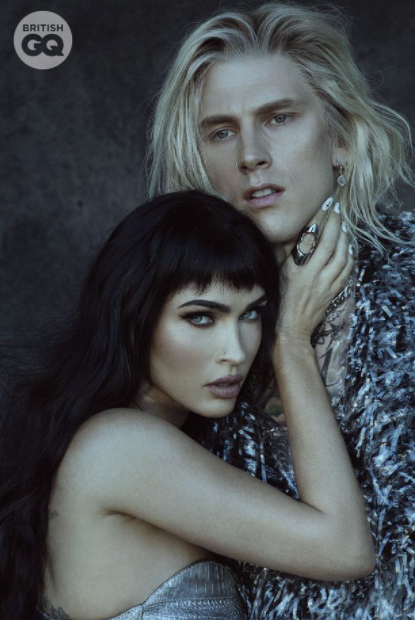 The musician also said he’d never been in love before Megan: “No, no, no. It’s, like, because you’ve been around the world and experienced so much s***, you think you know everything. And then you are in the arms of your destiny and realise ‘I don’t know s*** yet’. That’s when the adventure starts, right?”

Megan said: “You know, famously, like, I’m an unusual person.

“And I had buried a lot of that because it didn’t have a place to live. That’s something that, meeting him, it’s like meeting your own soul’s reflection. I recognise so much of myself in him, and vice versa, and that locked-up part of me that I had put away.

“I’d always felt like there was that thing missing, that I’d given up on, that you’re always seeking.” 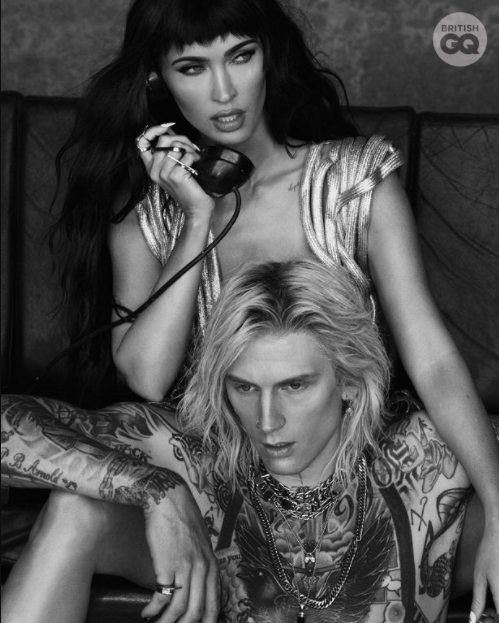 She added: “But then you meet the person that completes that for you and you’re like, ‘Oh, this is what my heart was searching for. That’s what that beacon was this whole time.’”